Deep Purple is one of the most influential bands of its generation. Since forming in England in 1968, the group has gone on to be considered to be one of the prime pioneers of both heavy metal and hard rock.

On April 30, Deep Purple release their first studio album since 2005. Entitled Now What?!, the album was recorded and mixed in Nashville with legendary producer Bob Ezrin (KISS, Nine Inch Nails) at the controls. It blends prog, soul, psychedelia, and of course, riff-heavy hard rock into one powerful musical concoction. After an early listen, Noisecreep can tell you that we think it rivals all of the classic Purple releases, but it definitely has a distinctly modern edge.

The band (which today includes vocalist Ian Gillan, drummer Ian Paice, bassist Roger Glover, guitarist Steve Morse, and keyboardist Don Airey) has undergone many personnel changes over the years. Gillan joined the group all the way back in 1969, left in 1973, but returned in 1984 after a stint as the lead vocalist for Black Sabbath.

Since 1992, when Gillan rejoined the band for the band's 25th anniversary, he's helped redevelop Purple into both a touring and recording force. It was a great privilege for Noisecreep to recently speak with the veteran vocalist about the new record and times gone by.

Bob Ezrin, huh? Not too shabby.

Between you and me [laughs], because this is just like us sitting in a bar or something, the one weakness that Purple always had, to me, was the sound of the records. Generally, I've always been slightly disappointed in sound and this new album wipes away everything we've ever done ever. I'm thrilled and delighted with what Bob was able to do. The first monitor mixes I ever heard from these sessions I just sat back and said 'oh my God, what he has done it's perfect.' Everything was so clearly defined from the guitars to the Hammond organ. The definition is just remarkable. We always had a sort of delightful sound, don't get me wrong. But I felt we were always kind of lacking a power thing that we finally have now.

You were known for keeping it simple back then.

We never used to do much more than just turn up at the studio, plug in our amps and play. We were literally a garage band back then. We disliked all the discipline of studios and all the engineers and all that, so we ended up recording bars and garages in the early days. And so Bob is really brought us back around into the 21st century. We're not normally very good at planning. The band turns up a rehearsal with no songs that's always been now we are. We just jam and by about the third or fourth day, we start to have ideas for songs and start developing from there. Back then and today, just like that.

Listen to 'All The Time in the World'

When you joined Deep Purple with Roger Glover, the band really went through a change in terms of sound. Talk about that.

When Roger [Glover] and I joined the band in 1969, they already had three albums out. John, Ian [Paice] and Ritchie [Blackmore, guitarist] wanted to change things within the band and so we didn't just join as a singer and bass player, but as a songwriting team. Those guys loosened up and let go completely and so all of a sudden Purple had a new sound. And we pulled from so many places. Orchestral compositions, jazz, blues - we all had so many different influences. Roger was all things folk music, plus we had influences of big band and swing so there are many techniques that worked within Deep Purple. We had a great bit of disparity in all of our influences but it all came together to give Deep Purple a true identity. And I think that ethos helps people relate to the bands integrity and of course the live shows that happened as a result made a big difference too. I don't want to fly our flag too high, but the band does have respect for itself.

What were some of your earliest musical influences?

I grew up around music. My granddad was an opera singer, my uncle was a jazz pianist, my grandmother taught ballet and I was a boy soprano in the church choir - and then I heard 'Heartbreak Hotel' and everything changed! The first real gig I ever went to was tot watch a guy called Cliff Bennett - he had a soul band with saxophone's and everything. His voice sent shivers through me. Cliff Bennett & the Rebel Rousers they were called, and he is still around. I spent the next 30 years trying to get that tone in my voice that he had. Finally, at about 50-years-old, I finally found satisfaction in the high mid-range of my voice! I invited him to do some backing vocals on an anthology I did a few years ago. Delightful man.

Watch 'Knocking at Your Back Door' Video

Ian, many of us think it's a disgrace that Deep Purple is not in the Rock and Roll Hall of Fame. Your thoughts?

I have a simple answer. Simple to me, anyway [laughs]. I fought against, all my life, becoming institutionalized. So it really does not affect me. But on the other hand, my family and friends and everyone that has stuck with us all these years, it means something to them. They love that recognition. To analyze it, and I'll try not to sound cocky or anything, I will say it as respectfully as I can, it's sort of like the Oscars and Grammys and the other awards like that -- in the States, just like it is in England, and other places -- these awards and honors are usually not decided by the fans, but by a cartel of influential people. These are the same people that decided the Monkees were America's answer to the Beatles [laughs]. So I'm not too concerned about it. Maybe it will happen one day, bit if not, my diary is full and I'm very happy. It hasn't affected our career but it does concern the fans – that's who I feel for.

What changes have you noticed in audiences over the decades that you've played live?

People tend to forget what it was like back. In the '80s and '90s it started getting so wild at shows, but back in the '60s and '70s it was so nice and more tranquil. We'd play rock 'n' roll then sneak in some quieter things and some blues things that people would actually sit down to listen to. It was very gentle period of bliss and happiness and getting people involved in the music. 'Congregational euphoria,' I call it, and it was just fantastic.

Lastly, Ian, of all the shows you've done, are there any that stand above all the rest?

We've done so many amazing shows. However, of all the shows I've done, well, you know how the first time you do anything is always the best? In August 1969, at the Speakeasy Club was the first show I ever did with Purple and it was and remains the highlight of my life. I said to Roger that night, 'This is it, man. What we have been waiting for.' We'd been playing together since 1962 we were just ready. The chemistry was perfect. We have played the most amazing places, to huge audiences all over the world in the most glorious venues. Opera houses, coliseums, incredibly picturesque sites all over the world. But that one will always stand out as being the best. It's like a first kiss. You can just never quite get over it. 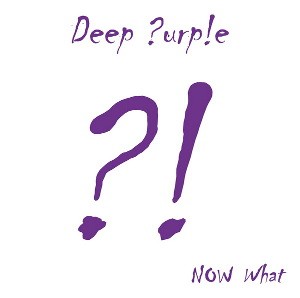 Deep Purple's Now What?! will hit stores in North America on April 30.

Follow @Noisecreep on Twitter | Like Us on Facebook | Sign Up for Our Newsletter
Filed Under: Deep Purple, DeepPurple, ian gillan, IanGillan
Categories: Interviews, News
Comments
Leave A Comment
91 Rock + Metal Acts With the Most Top 40 Songs
66 Bands That Only Have One Original Member Left
10 Bands Whose Drummer Is the Only Original Member Left
Glenn Hughes Celebrates 25 Years of Sobriety
The Top 25 Best Selling Hard Rock + Metal Artists of All Time
Why Blaze Bayley ‘Never’ Feared Iron Maiden Would Reunite With Dickinson
Steve Morse Officially Leaves Deep Purple to Care for Wife, Band Issues Touching Statement
13 Rock + Metal Songs Written In Tribute To Late Musicians
The 10 Biggest Rock + Metal Bands With the Most Lineup Changes