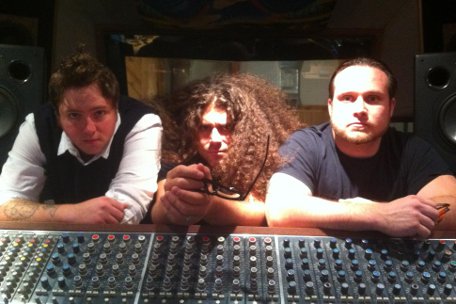 Coheed and Cambria have announced that former drummer Josh Eppard is back in their band.

Eppard was a member of the New York prog-rockers from 1999 to 2006 and was replaced by former Dillinger Escape Plan drummer Chris Pennie. The latter announced his resignation from the band on Nov. 2. Eppard had been playing in Terrible Things, a power-trio that also featured Fred Mascherino (ex-Taking Back Sunday) and Andy Jackson (Hot Rod Circuit). They released a self-titled album in 2010 through Universal Motown.

In their statement (seen below), Coheed and Cambria also reveal that they've started work on their sixth studio album in Woodstock, N.Y.

From Coheed and Cambria's official site:

We didn't originally plan to make a big splash about this, but when Chris made his announcement, we were ultimately compelled to. We didn't want anyone to be concerned about the state of the band, and trying to keep things quiet was proving to be really tough. And besides, we're just really excited and wanted to share that feeling with you.

Chris Pennie is a dear friend, a superb band-mate and one of the best drummers in the world. He brought a workmanship and sense of professionalism to Coheed that completely improved us as a band, and allowed us to reach new heights. He will always be a member of the Coheed family, and we ask you to support all his endeavors.

As the songs for the new record began twisting into shape, it slowly became apparent that these songs were very dynamic, and could truly flourish with the groove-oriented approach that Josh naturally brings to the table. We also missed Josh as a person -what he meant to us as friends and the energy and humor he exudes. But this isn't about nostalgia; it's about who we are now, and what we can achieve musically and as a family, together going forward.

We understand there are risks involved bringing Josh back into the fray. Even with his two-years of sobriety, this is a giant leap of faith on our part. But at the end of the day, we have all grown up, and we have all been through so much, that playing with Josh again is sort of like coming home. It's comfortable, it's familiar, it just feels right... it's hand in glove.

Last week, we entered Applehead Studios with Michael Birnbaum and Chris Bittner to begin work on our sixth studio album. We're three songs in, can't wait to share it.

Thank you for your continued, unwavering support.