Burning Rain's history dates back to 1998 when Aldrich and St. John formed the band together in Southern California. Epic Obsession is their return after a long hiatus since the band's 2000 sophomore album, Pleasure to Burn.

Noisecreep has partnered with Burning Rain to bring you the video premiere of "My Lust Your Fate," the first single from their new album. Fans of ballsy hard rock will definitely be all over this... check it out below!

Frontiers Records will also reissue the long out-of-print first two albums from Burning Rain, the self-titled debut (released in 1999) and the aforementioned Pleasure to Burn, later this year. Both albums will be repackaged and remastered and will contain two added bonus tracks to each respective album. 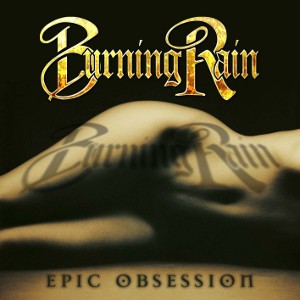 Epic Obsession will hit stores on May 21 via Frontiers Records.