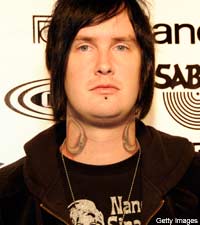 California rockers Avenged Sevenfold have confirmed the passing of founding member and drummer James 'The Rev' Sullivan. He was found dead at his home on Dec. 28, and police believe he died from natural causes. Sullivan was 28 years old.

"It is with great sadness and heavy hearts that we tell you of the passing today of Jimmy 'The Rev' Sullivan," the band says in a statement confirming their drummer's death. "Jimmy was not only one of the world's best drummers, but more importantly he was our best friend and brother. Our thoughts and prayers go out to Jimmy's family and we hope that you will respect their privacy during this difficult time."

The Orange County Register was the first media outlet to report on Sullivan's unexpected death. Police were notified by firefighters who'd responded to Sullivan's home at approximately 1 PM PT. He is survived by a wife.

The Orange County Coroner's Office will be looking into what exactly caused the death. Avenged Sevenfold recently finished tracking their fifth album. In 2005, the band broke out from the underground with their major label debut 'City of Evil.'

Fans of the band took to social networking sites late Monday to express their condolences. Papa Roach, via Facebook, commented that it was "a sad day for rock and roll" and said Sullivan "would be greatly missed."