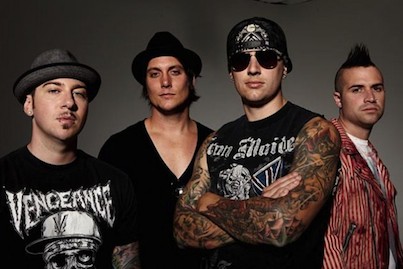 The second annual Monster Energy Drink Aftershock Festival has revealed the majority of its 2013 bill. The massive two-day fest will feature Avenged Sevenfold, Korn, Megadeth, Shinedown and many others.

The Aftershock Festival will be held at Discovery Park near downtown Sacramento, Calif. on Sept. 14-15. Along with Avenged Sevenfold, Korn, Megadeth and Shinedown, the bill features Papa Roach, Volbeat, A Day To Remember, HIM, Skillet, Buckcherry, Halestorm, Asking Alexandria, In This Moment, All That Remains, Falling In Reverse, Device, Steel Panther, P.O.D., Pop Evil, Otherwise, Airbourne, SOiL, Heaven's Basement, Nothing More, and many others. The fest also plans to reveal yet another headlining act on July 1.