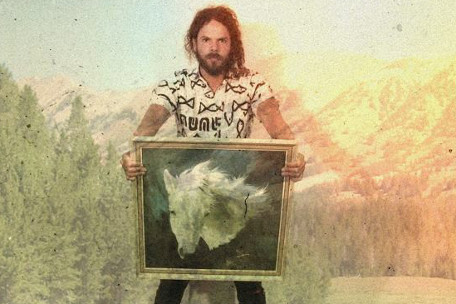 Wolfmother is dead. Long live Wolfmother. Well, maybe. One thing is certain; the recordings that the Australian band began in 2011 as the third Wolfmother album are now coming out as a solo effort from guitarist, vocalist and main man, Andrew Stockdale. In recent weeks, Stockdale himself tweeted: "I'm putting this record out as Andrew Stockdale.... it's a different trip now and I need to be true to myself."

Set for release in early Spring, the album, entitled 'Keep Moving,' is bigger and broader than the backyard-party-Zeppelin geist of 2005's self-titled debut or the psychedelic introspection of 2009's 'Cosmic Egg.' Recorded with members of Wolfmother's penultimate touring lineup – including former The Vines drummer Hamish Rosser – Gatherings encompasses all the strands of hard rock DNA that made Wolfmother and tracks like 'Woman' sound so damn vital no matter what decade they were plucked from.

Noisecreep caught up with Stockdale at his home in Byron Bay, Australia to talk about the future and fate of Wolfmother as well as what lies ahead as he heads down the solo road.

What made you want to make this new a solo record rather than a Wolfmother record?

Actually, I started off solo and when I got my two friends to be the band we came up with the name Wolfmother. That went ballistic and I became 'the guy' from Wolfmother. Then, when the band disbanded there was a lot of pressure on me to continue as Wolfmother because people thought it was a good name and a good brand. I did that but in all honesty, creatively, it kind of puts you on the wrong track when you need to write a song because you're always referencing it back to the previous songs. I'll never be able to capture that time and vibe again because that was a time that's past. Even if I were still in the band with Chris and Lars, it would sound different anyway. That time was fantastic. Let's acknowledge it for what it was but in all honesty and all seriousness, I've always been a solo songwriter. Now, I would rather call it for what it is. It's a solo project. Enough of trying to call it a band. It's me. My name is Andrew Stockdale – that's what's on on my birth certificate. 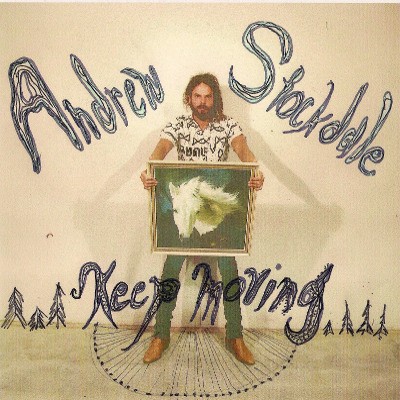 Are there things you've musically wanted to do on this record that you couldn't do in Wolfmother?

It's definitely stuff that I've wanted to do. In my mind I finally have the key to open things up and I started thinking 'I can try anything! Who cares?!' Once you open up your mind, it's amazing as a creative person. Waking up. Making stuff up. It's good to be genuine and I had no idea that was the case. I thought 'OK, I'm a smart guy. I can work it out. I'm Wolfmother and I know how to do the Wolfmother thing.' No, man. It's gotta come from the heart. If it's phony people can hear it.

So is Wolfmother over? Have you knocked it on the head?

I don't like to talk in such definitive terms but maybe some things are definitive. You can make that the headline of the article: 'Wolfmother died! It's been knocked on the head. Over!' I don't know. I'm putting this record out as Andy Stockdale. I'm going to play shows as Andy Stockdale. I don't know. Did Wolfmother die? Is it dead? Hey man, maybe!

You have some shows opening up for Aerosmith in Australia as Wolfmother. Will those be the last proper Wolfmother shows?

I've been doing shows for the last two years with various people in the band as Wolfmother. I can pull together a band. Hotels are booked. Flights are booked. We're going there. It says Wolfmother on the ticket. We're playing 'Woman' and 'Joker and the Thief' and all the songs on our records. We can happily do that.

Do you ever get sick of playing your biggest hit, "Woman"?

Never! Never! It's a really good song and it's always a pleasure to play it and to listen to it. The music is good. The lyrics mean something to me still. I love playing that song.

Wolfmother is one of the only bands that came from what is considered a retro or stoner rock direction that actually was successful. With the exception of Queens of the Stone Age, most of those bands never sold a lot of records. Why do you think that is?

When it comes to analyzing why some things work and some things don't work, there's so many variables. A good song. Timing. A cool story. What people want to hear at that time? How people relate to the way you look. It can be any number of things that at some point in time make people go 'I love it! I want to listen to it! I want to buy it and get the T-shirt! I'm in!'

Growing up in Australia, what records creatively excited you growing up? For instance, were you ever a fan of the classic Aussie band, Buffalo?

I've heard Buffalo. I was given a CD of them and thought it sounded cool but they weren't part of what I grew up listening to. When you're a kid you hear thousands of songs on TV and the radio and they all end up sitting somewhere in the back of your mind. If I could pick a few songs that spoke to me and might have influenced me, what would it be? Y'know that song Ronnie James Dio did with Deep Purple, 'Love Is All,' at all? I think that song kind of spoke to me as a kid. Songs like that that make you go 'What's that!? Sounds kinda magical. Sounds fun!' T-Rex as well. Beatles. Stones. The classics.

One the first Wolfmother album, you used a Frank Frazetta painting for the cover. How did that happen?

That was our producer, Dave Sardy. He said to us 'You've gotta check out Frank Frazeta's artwork. It's perfect for you.' So our manager got in touch with Frazetta and we used his artwork. It was a couple of phone calls - that was really it.

What are your plans for coming to the US? Do you have any fond memories of touring the US in Wolfmother?

As soon as this record is out, we're going to make our way over and start touring everywhere we can. I love playing in LA. It's an inspiring place. Going from the airport to La Cienega to Sunset Boulevard is just magical. Even when you see the oil pumps you pass by on the way to Hollywood, it's just got a vibe. I remember playing at the Henry Fonda Theater and we had a crazy party on the roof. There's this magic, creative energy about the place. It's the showbiz capitol of the world. There's a tragic side to it as well. All the homeless people. All the highways. The pollution. It's a wild beast.

If you were to sum up your career so far, what would be your musical legacy?

Head to AndrewStockdale.com for more info.