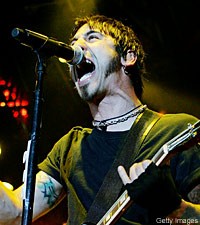 Rocklahoma, once known as a festival celebrating classic bands, just received a facelift. Godsmack, ZZ Top and Buckcherry are among bands slated to perform the May 28-30 Rocklahoma 2010 festival held annually in Pryor, Oklahoma. The change isn't a big surprise as promoters announced a partnership with AEG Live back in December.

"As life-long residents of 'Baja, Oklahoma,' Dusty, Frank and I are looking forward to making the northward trek to Pryor in May. The idea of sharing the stage with so many great, cutting-edge bands out there today is most appealing. It's like rock 'n' roll summer camp; does that make us campers or counselors?" ZZ Top's Billy Gibbons said in a press statement regarding his band's headline spot on the festival.

Tickets go on sale Saturday. Three-day passes start at $95. A VIP package is available as is camping.