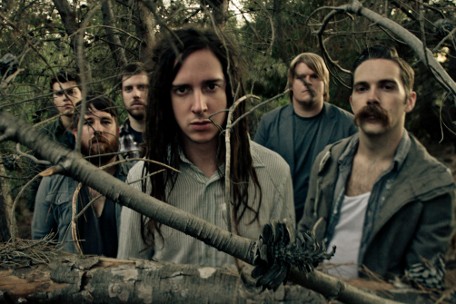 Underoath are breaking up. That's not new news.

The Florida metalcore giants announced the news earlier this month, which lead to gnashing of teeth and the ringing of hands for the group's die-hard fans.

But don't fret, Underoath are going out with a bang and will embark on a farewell tour in January, hitting nine North American cities to say sayonara before sailing off into the sunset. The trek -- also featuring mewithoutYou, As Cities Burn and Letlive. -- is only hitting a handful of markets because the band had to carefully curate and route the tour to work around the job and family schedules of most of the members, which is the main reason they've decided to close the chapter on Underoath in the first place. Mind you, they are NOT throwing in the towel. It is just time to move on since Underoath became secondary in several members lives.

Besides the tour, Underoath will be releasing a career-spanning retrospective album called Anthology 1999-2012 on Nov. 22. The compilation will include two new studio songs.

Noisecreep just spoke with singer Spencer Chamberlain to get more background on Underoath's upcoming breakup. The 29-year-old was somewhat resigned to the fact that it is time for the band to cease operations after 15 years together, but creativity surges through his veins and he'll continue to rock even though Underoath will soon see its epitaph. We haven't heard the last of him.

Why is Underoath closing the book on the band now?

A lot of different reasons. It's a long story. There are a couple of guys with family, children and wives expressed that it was difficult to be a touring band. We tried to tour part-time and it was hard. It was really tough on everyone. You could tell the guys with families struggled with being there. The dudes wanting to be on the road struggled when not on the road, wanting to be on the road. A couple shows in, we knew it was over. I looked at [guitarist] Tim [McTague], and said, 'I know, it's time.' We had a long conversation.

We never wrote a song we were not proud of and never went on a tour we didn't back. Everything we have done has been better than what we did before.

So, we thought, before we do something we don't want to do, let's let people remember us for what we are proud of. We are not throwing in the towel. We are going out on top. We made the decision and went in and recorded two songs that are the best we've ever written, in our opinions. We are going out with a bang for last few shows -- it will be crazy, wild and fun as possible.

Are you sad that it's over?

It is sad, and it is bittersweet, but it is time to close this chapter to open a different one. I was never a fan of half-assing two things. I'd rather put everything into one thing. I can't string it along anymore. I can't let us fade away.

I want to be remembered for the good things, not showing up every once in a while, being 'kind of a band, but kind of not.' There is no place for that in rock 'n' roll. You have to be in it 100 percent.

So you are one of the guys with no "family?"

I don't have a family. Well, I have family [laughs]. I have parents, but no wife and kids. I have rock 'n' roll.

So more rock 'n' roll is next for you?

I am going to keep playing. I am not going to make an official statement for a while, but I have been working on music for two years or so. It's not overnight. I didn't half-ass it, like I said earlier, so I waited. I knew the day would come when Underoath would end. I see it in their eyes, the love for their wives and families. That is awesome. I knew there would come a time when they would want to be there for their families.

That is not why I started doing something different. There is more to me than just metal. I will never stop. I played my first show when I was 12, so not playing? That's not real life to me. I am not going anywhere, but the Underoath chapter is closing. I will make my official statement with music in the future, but not right now.

Why did you decide to issue these two final songs?

In my opinion, they are the best we've written. We went in knowing they'd be the last we'd ever record. We've never gotten along better in the studio. Everyone was just like, 'Let's do that.'

We knew the band has to break up, but there is a lot of emotion. It's so sad, but they are awesome. Being that those are the last two songs people will ever hear that these six members write together, I am very okay with that. I feel good about them. 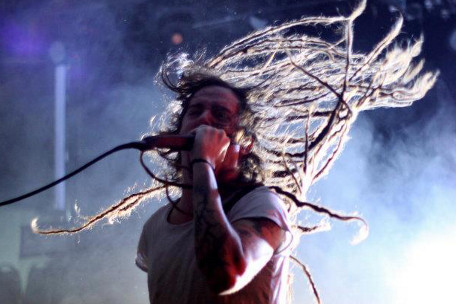 There are no throwaways -- you are committed to doing it the right way, even if it means you have to do it a certain way.

The guys with families? They have real jobs. Their kids get really mad [when they leave.] I give a lot of shit for it, on the Internet. It's the price I pay. They all took their entire year's worth of vacation times to do these nine shows. There will be no farewell tour with fill in guys. It is what is it. It's only that many shows because that's all they could do.

That makes it a true labor of love.

Yes, we are doing everything we can for our fans, who have been there for us. It is not personal if we miss a city. We are playing the most places we could so we can get these guys home to get back to their lives.

So what's next for Spencer Chamberlain?

Keep your eyes out for my new project. When Underoath is done, there will be a statement.

Is their one song you are most looking forward to playing one last time?

So many songs mean so much to so many people. So many mean a lot more to me than others, but for me, it's the songs on this last tour, these are the ones that see that mean more to the kids than me. It's not about me.

"Writing on the Walls" has done so much for so people, people have tattooed the words on their bodies. That saved a lot of people's lives in a good way. I see it in their faces, they live for that song.