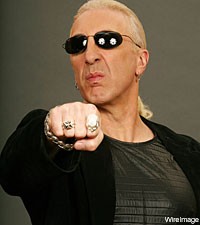 'Stay Hungry' is the kind of album that most dedicated metal fans already have in their personal collections. Originally released in 1984, the nine song set helped make Twisted Sister a household name. Songs like "I Wanna Rock" and "We're Not Gonna Take It" were inescapable hits but 'Stay Hungry' had a lot more to offer. Check out face-rippers like "Don't Let Me Down" and "S.M.F." for further proof that the band's roots were firmly planted in the gimmick free heavy metal and hard rock of the 1970s. "We trusted that all the buttons were going to be pushed from a record company standpoint. We felt like we're allowed to enter the golden gates," laughed vocalist and firebrand Dee Snider when he spoke to Noisecreep about the landmark release.

In this Noisecreep exclusive, Twisted Sister has given us the honor of premiering "30," a new song the legendary band recorded for the re-release of 'Stay Hungry.' The song is an autobiographical take on the New York group's storied history in the world of heavy metal. It serves as the ideal introduction for younger readers that only know Twisted Sister for their bigger singles. "30" will be included on the deluxe anniversary edition of 'Stay Hungry' which hits stores on June 30 and also features an additional disc of rare demos, outtakes and new material. PLAY IT LOUD, MUTHA!