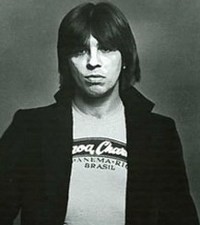 Rich Teeter, a drummer who played with punk pioneers the Dictators and later served a short stint with Twisted Sister, has died, Loudwire.com reports. He was 61.

The sad news comes via Dictators Forever, Forever Dictators, a blog devoted to the legendary New York City band Teeter joined in 1976. The timekeeper played on two albums, Manifest Destiny (1977) and Bloodbrothers (1979), and occasionally took part in reunion shows. According to Loudwire, his last performance with the band likely came in 1991.

As a member of Twister Sister, Teeter stuck around only for a few months, occupying the throne from late 1980 to early 1981.

Information regarding Teeter's cause of death has yet to be released.

Watch the Dictators Perform "Science Gone Too Far" in 1977