Noisecreep is pleased to introduce you to Australia's Twelve Foot Ninja, who remind us a bit of Mr. Bungle. Periphery are fans, so we needed to find out what the fuss is about!

Guitarist and video director Stevic, who has filmed lingerie commercials as a side gig, gave us the lowdown on why American audiences need to know about this band and its interesting crowdsourcing plan for a music video project. He explains why they are crowdfunding and makes a great point which could have opponents of this finance method thinking twice!

2012's Silent Machine is out now, with plans to release an album in the U.S. later this year on deck. The band is crowdsourcing a video from that album but with good reason! Find out what that is, their thoughts on Mike Patton, the craziest thing thing they've done in the studio and this video with Periphery and a Penthouse Pet, the latter of which you can get a "piece" of if you contribute to the campaign. Find out how!

Since this is likely the first time our readers are being exposed to your band, give us Twelve Foot Ninja, Twitter-sized. 140 words or characters, your choice, of what we NEED to know.

Genre-hopping five-piece from Melbourne Australia. We describe our style as "heavy fusion."

Entertaining Music videos. Obscure sense of humor. Debut album has an epic 72-page comic covering the backstory of the 'Twelve Foot Ninja' -the character not the band- interwoven with the lyrics.

You are crowdfunding your video - that is a method that some criticize and some love. Why did you elect to go that route? It's like the alternative to a record label and it's refreshing! What incentives are you offering?

We received a lot of attention off the back of our existing videos, and regularly get requests to make more videos, but music videos with decent production values cost shitloads to make and cannot be sold (like an album) to recoup any of those costs. Crowdfunding seems logical in this scenario: it's for the fans, funded by the fans. We become the facilitators and hopefully benefit from the exposure on the upside.

Regarding incentives, we've already shot two scenes from the clip upfront to make our pitch video more compelling by giving a taste of what the rest of the clip might be like and to have Periphery cameo in the clip while they were out for Soundwave festival.

So we had quite a few props from that shoot signed by the bands -Periphery and Twelve Foot Ninja. We also had an Aussie Penthouse Pet in the clip playing a groupie in love with Spencer who donated the bikini she wore on the shoot. I asked her if we could use it as a reward for the crowdfunding campaign and she literally just took it off on the spot and handed it to me.

We will have that all framed up like a basketball jersey with a signed photo that [Periphery's] Misha actually took; he's quite a good photographer! We have a bunch of digital stuff like unreleased instrumental acoustic arrangements of our songs, scanned, hand drawn story boards from the clip, lyrics written out by [vocalist] Kin. We have a JTV59 guitar, BBQ's with the band and for any U.S folks wanting to be in the clip, we'll make an A3 poster of you and stick it in some of the bedroom scenes! It's all on the page.

What's your favorite thing about Australia?

It is hard to answer that because I've only ever lived here! I generally like the spirit of the people, the nature, we have quite a multicultural society, great food, good standard of living, Vegemite...

Since this is an intro of your band to our readers, what would you like them to know about you? Something maybe you don't talk about much? Any non-music skills or hobbies, as well?

A few of us are into X-box and regularly link up to smash some Halo Reach Deathmatch! I occasionally produce music for TV commercials. I've done mostly lingerie ads for some reason. and I'm right into filmmaking.

Kin has been a voiceover artist talking about Sonic the Hedgehog and flame-grilled whoppers in a very silky yet manly voice. [Drummer] Russ is a personal trainer and mental superbike enthusiast; he does monos and shit like Vanilla Ice. [Bassist] Damon has a very nice white ute and two Chiwawa dogs. [Guitarist] Rohan does a lot of tasty acoustic guitar arrangements of songs; one of our crowd funding campaign rewards is a 4-track EP with his acoustic arrangements of some of our tracks. What else? We all love a good beer and nice food.

Watch 'Coming for You' Video

You guys have been described as being like Mr. Bungle, which is never a bad thing. Are you uber fans of Mike Patton? And making music that's "out there" has to be taxing -- where do you get inspiration?

I am a fan of Mike Patton's work and I think he contributes a lot to music in general. Patton is a real vocal trailblazer in my opinion and I especially admire his experimental approach; he's always pushing the boundaries and is definitely a taste maker as opposed to a follower of trends. Kin, our vocalist, definitely cites Patton as an influence amongst a number of others. The other guys not so much really.

For inspiration, I suppose I get inspiration from lots of different styles of music and there are so many different artists doing awesome stuff. I think I view style as a dynamic, so it opens up the breadth of influences available to you. I love bands like the Police, Fat Freddy's Drop, Meshuggah, Stevie Wonder, Lewis Taylor, Jamiroquai, St. Germain, Radiohead, Vildhjarta and acoustic guitarists like Tommy Emmanuel. Mix all that up and either get spew or something interesting, hopefully the latter!

Pick one of your songs and share a writing or recording story -- put us in the moment with you!

Probably the funniest memory of recording was when we were a bit stuck on vocals for the track "Clarion" off our second EP Smoke Bomb. I'd written the music and we liked the direction it was going in but Kin wasn't feeling any vocals yet. Damon put his hand up and went 'Fuck it, give me a shot at this, I'll just freestyle some sh0t and see what happens."

What came out of his mouth was like nothing I had ever heard before! It was like how Shang Tsung from Mortal Kombat can morph into any of the other characters. Damon was harnessing Kid Rock, Jonathan Davis circa Life is Peachy, a snake, a dog and an old man yelling through a length of PVC pipe! It was truly amazing and I thought my neck was going to cave in from laughing so hard! Probably to date, that is the most memorable recording experience I can recall in this band. 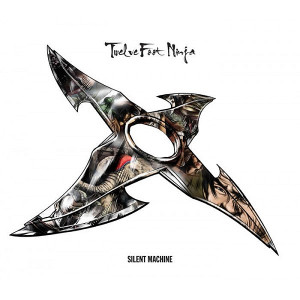