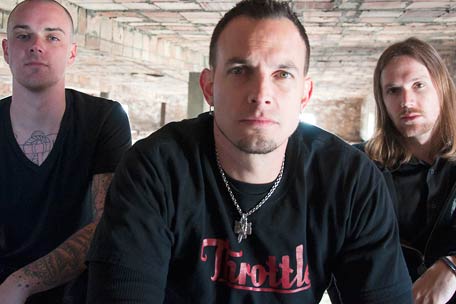 Mark Tremonti, the guitarist who has sold more than 40 million records as a member of Creed and Alter Bridge, has announced the release date for his forthcoming solo debut. All I Was -- to be released under the name Tremonti -- arrives July 17 on FRET12 Records and features Eric Friedman on rhythm guitar and Garrett Whitlock on drums.

To celebrate the occasion, Tremonti and company will play their first-ever public show on July 17 at the Social in Orlando, Fla., Mark's hometown. Fans lucky enough to have snagged tickets for the sold-out gig will watch the foursome -- rounded out by Creed/Alter Bridge bassist Brian Marshall -- play through All I Was in its entirety.

Speaking of fans, Tremonti's loyal listeners have created the Army of 12, an online community aimed at promoting the band around the world. Perhaps due to their efforts, there's already been considerable buzz for the album's lead single, "You Waste Your Time," which hit No. 10 on the iTunes Rock Singles chart.