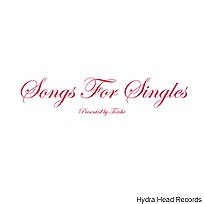 It's been two years since Torche unveiled 'Meanderthal,' subsequently making everyone add stoner-pop to their musical lexicon, as the album went on to big praise. So here's the bad news: The forthcoming 'Songs for Singles' (due Sept. 21) is not the third proper full-length from the trio, but an eight-song EP. The good news: It's still new Torche.

According to the band, the makeup of the self-produced 'Songs for Singles' was an intended full-length, but some songs where shelved as being far too cluttered and needing more time to be refined. So the easiest thing was to release what was ready.

With a title like this one, it's a safe bet to expect this will be the hook-drenched bangers that Torche are known for playing live; the fact that the EP is just over 20 minutes attests to this.

The opener 'U.F.O.' was featured on a free digital Hydra Head sampler -- donning a dubbed in David Lee Roth impersonation, which is surely not a part of the finished EP.