When you name your band after one of the most badass action stars of all time, you better have the riffs to back it up. But luckily for everyone involved, Stallone deliver the goods.

Featuring Juan Montoya, the ex-guitarist for Torche and current member of MonstrO, Stallone wield one mighty riff after the other, leaving you grabbing for your imaginary six-string from the get-go.

Stallone started in 2009 when Montoya met drummer Evan Diprima in Atlanta, Ga. The duo recorded a handful of songs with Craig Carlson in October of 2010. In late 2011, after searching through a number of people, Thomas Gonzalez and C.J. Ridings both joined as second guitarist and bassist, respectively.

On Oct. 30, Stallone will be releasing their 6-song album, American Baby, via Limited Fanfare Records. Today, Noisecreep is partnering with the label to bring you the exclusive premiere of "Ancient Infant," the first song on the record. 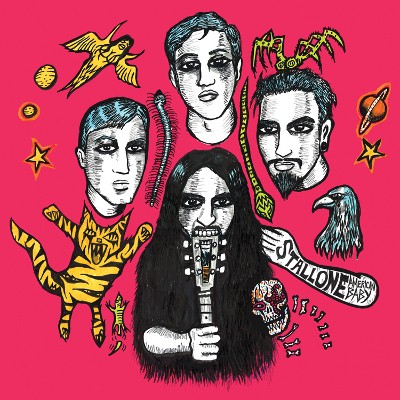 Pick up your copy of the Stallone record from our friends at Limited Fanfare Records.