This week Kiss released 'Sonic Boom,' the legendary rock institution's 19th studio album. The New York band looked at their past for inspiration on the new material and songs like 'Modern Day Delilah' and 'Hot and Cold' show that in their DNA. Ace Frehley and Peter Criss might not be in the group anymore but Tommy Thayer and Eric Singer do a bang-up job of replicating their respective styles on 'Sonic Boom.'

To celebrate the band's return, Noisecreep has collected a list of Kiss's 10 most underrated tracks from their entire history together. We've tried to include a little from each phase of their career to show the breadth of their creative power. You wanted the best, you got the best! The hottest band in the word, Kiss! 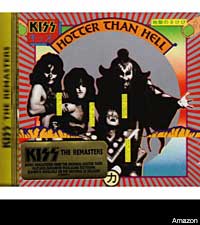 Members of the Kiss Army should already be familiar with the name Stephen Coronel. The New York City-based guitarist was a former member of Wicked Lester, the band that would eventually evolve into our favorite comic book rockers. When Kiss started releasing studio albums once a year, the band couldn't keep up in the writing department so they started bringing in outside collaborators to help ignite their creativity. Another thing the group did was use songs from their older projects. 'Goin' Blind' was originally written in 1970 by Gene Simmons along with the aforementioned Coronel. The song's melancholy tone and restrained vocal melody lines stuck out like Simmons's famous tongue when compared to the generally upbeat material the guys were cranking out at that point. The song has found an unlikely audience in the indie rock world with Dinosaur Jr. and the Melvins both covering it. 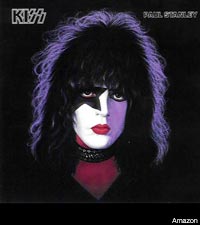 This epic rocker starts off with an ethereal melody and chiming guitars that bring to mind early Heart. The pretty intro and verse then give way to a wall of distorted guitars and one of Stanley's most anguished vocal performances. When the vocalist/guitarist went on his 2007 solo tour, he dusted off this underrated stunner and from the energy he and his band put into the song, you could tell that they loved every minute of it. 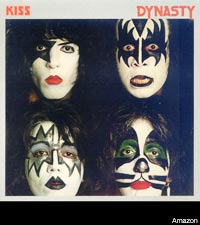 This mid-tempo gem appeared on 'Dynasty,' an album maligned by many staunch Kiss fans who didn't appreciate its pop leanings and disco-fied 'I Was Made for Loving You' single. That said, the record did offer up some fantastic hard rock moments and it has aged considerably well 30 years later. Co-written by producer Vini Poncia and Paul Stanley, 'Sure Know Something' is driven by a crawling bass line and honeyed vocal performance, which gives way to an explosive chorus that sticks in your head long after you hear it.
Sure Know Something - Kiss

This was another song that Stanley and his solo band busted out during his last solo tour, like some kind of answered prayer for the die-hard Kiss fanatics. Unfortunately, the more casual listeners of the group probably aren't even familiar with this number. Anchored by a devastating guitar riff and featuring some gigantic background vocal arrangements, 'Magic Touch' should be on the band's set list nightly, but it's unlikely that you'll hear it on their current tour. That doesn't mean you shouldn't go download it right now, though. 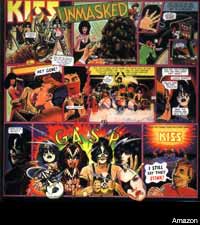 Kiss's main strength, besides their incendiary live shows, has always been the variety found in their songwriting. Time and time again they've proven that there is hardly a genre they can't nail down with thrilling results. Throughout the years, they've tacked styles that have included Black Sabbath-like metal ('God of Thunder'), country ('Hard Luck Woman'), ballads ('Beth'), power-pop ('Christine Sixteen') and even disco (the aforementioned 'I Was Made for Loving You'), just to name a handful. 'Shandi' coasts with a vocal melody straight out of the AM radio pop of the late 1960s and early 1970s. The single was a smash in Australia but only had marginal success in the rest of the world. 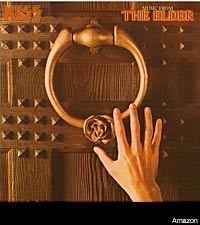 Critics who accused Gene Simmons of being one note should pay close attention to 'A World Without Heroes.' The lush ballad is found on 'Music From the Elder,' a concept album which suffered from the inter-band turmoil Kiss was plagued with at the time of its recording. Co-written by Simmons, producer Bob Ezrin, Paul Stanley and Lou Reed, 'A World Without Heroes' sounds like nothing else in the Kiss canon. The restrained vocal performance finds him tapping into a side of his range far away from the gravelly tone we're used to hearing from the demon. The album had a lot of missteps but most of it has aged better in time and this song is the best of the lot. An ex-girlfriend of Simmons went on to record her own version of 'A World Without Heroes' later in the 1980s. We would tell you her name, but that's what Wikipedia is for.

A World Without Heroes - Kiss 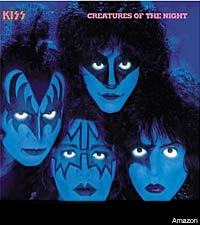 Although Ace Frehley appears on the album cover and credits for 'Creatures of the Night,' the album which 'War Machine' is taken from, the scorching guitar solo is played by Vinnie Vincent. Everyone knows that Vincent would later become a full-time member of Kiss, and his heavier-styled songwriting contributions really injected new life into the band's material. The irony is that he didn't even have a hand in the writing process of 'War Machine,' the album's nastiest cut. AOR king Bryan Adams is listed as of the co-writers of the song but you would never know that from its mammoth guitar riffs and macho lyrical sentiment. Older Kiss fans probably noticed a similarity in the main guitar riff of Stone Temple Pilots's 'Sex Type Thing' and 'War Machine.' We don't think Weiland and company would argue the influence.

This gloomy ballad, co-written by Stanley and Vincent, served as the blueprint for many of the hard rock bands that would come later in the 1980s. The song's haunting chord and melody structure can be especially heard in songs by bands like Krokus and Dokken. Kiss would go on to have radio and MTV hits with 'Forever' and 'Reason to Live' but 'I Still Love You' is the better of these ballads.

I Still Love You - Kiss 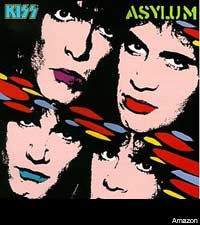 'Who Wants to Be Lonely' is a high-energy rocker found on the 'Asylum' album which admittedly found the band following the trends of the time. That doesn't take away from the few stellar tracks on the album like 'Tears Are Falling' and this Stanley lead moment. 1985 was a time in Kiss's career when Gene Simmons was chasing Hollywood acting stardom and not spending enough time on the band's creative direction. That left Stanley to steer the ship, and 'Who Wants to Be Lonely' shows us he was ready for the task.

Who Wants To Be Lonely - Kiss 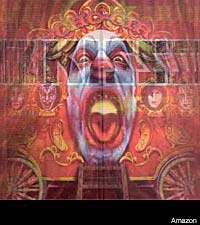 It might have been written and recorded in the 1990s but someone forgot to tell Frehley that. Not only do his vocals remind us of his glory days during Kiss's peak commercial years in the 1970s, his Sunburst Les Paul blessed guitar licks were also in no mood for whatever was on the radio at the time 'Into the Void' hit stores in 1998. His stint with the band would end again after some strained touring, but his unmistakable Bronx accented singing voice and guitar work is still sorely missed.