Heavy metal became big business in the 1980s. MTV's emergence early in the decade had a profound effect on the scene, and during no other time did major labels sign more metal and hard rock bands. The main scenes that sprung up during that decade were thrash and what many called hair or glam metal -- plus let's not forget all of their many offshoots. One movement that has had a small renaissance as of late is shred. The style first rose to fame in the mid-1980s when guitarists started rocking classical influenced scales played at frenzied speeds. Thanks to bands like DragonForce plus Guitar Hero and Rock Band, a new generation of players have gone back to study the guitarists of the shred era.

Legendary guitarists Uli Jon Roth, Al DiMeola and Eddie Van Halen helped inform the movement while a guy in California named Mike Varney served as scene's biggest cheerleader and supporter. Through his Shrapnel Records, Varney not only discovered and produced many of the scene's headliners, his very own Shrapnel Records would go on to become to shred what Motown was to soul music. To help celebrate the resurgence, Noisecreep has compiled a list of the top ten guitarists of the shred era. 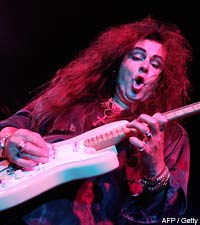 Yngwie Malmsteen (Alcatrazz, Steeler, solo)
The poster boy for the shred and neo-classical craze of the 1980s, we couldn't have created this list without giving props to Malmsteen. As you'll read below, many of the players on this list started their press buzz while they were still teenagers, and Malmsteen is no different. Growing up, his heroes were Deep Purple's Richie Blackmore and 19th century violinist Niccolò Paganini. These disparate influences served Malmsteen well.

His emulation of Paganini concerto pieces on guitar helped the young musician develop an advanced technical fluency and fluidity. After his 1982 demo made waves in the metal underground, a young Malmsteen moved to Los Angeles and played in Steeler and Alcatrazz before striking out on his own and becoming a household name. 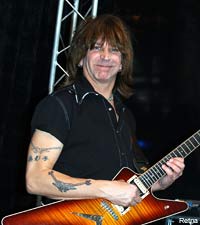 Michael Angelo Batio (Nitro, solo)
Although he's become a hit with the ironists throughout the years for his admittedly silly use of the 'Double-Guitar,' a V-shaped, twin-neck guitar which can be played both right- and left-handed, Michael Angelo Batio's fretboard skills are no joke. His contributions to the guitar world should not be overlooked.

Even though his Nitro project never quite had the kind of singles to get them on the radio, he stuck to his guns and kept playing the shred style even throughout the so-called grunge and rap metal eras. When the labels stopped taking his calls, Batio started M.A.C.E. Music and put out his own records. With the advent of YouTube, an entire generation of six-stringer fiends has discovered Michael Angelo and his ferocious speed workouts. 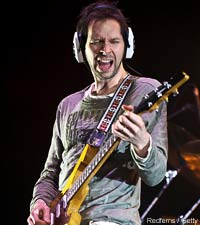 Paul Gilbert (Mr. Big, Racer X)
First rising to prominence in 1991 with Mr. Big through their 'To Be With You' single, guitar geeks had already been worshiping at the altar of Paul Gilbert through his earlier work. In 1986, he helped ignite the shred frenzy with Racer X, a band that also went on to feature a guitar student of Gilbert's named Bruce Bouillet, along with future Mars Volta bassist Juan Alderete and Judas Priest's Scott Travis.

Like Steve Vai, Gilbert can play at breakneck speeds but he also injects an element of quirkiness to his notes and phrasing that helps him stand out. Even though he will always be associated with the shred and neo-classical era, Gilbert has always maintained relevance with a constant flow of musical projects and collaborations with everyone from John Petrucci (Dream Theater) to Cynic's Sean Malone. 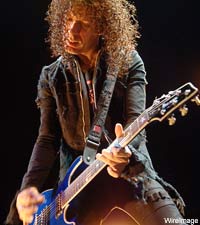 Marty Friedman (Hawaii, Cacophony, Megadeth, solo)
This former Megadeth guitarist has been wowing audiences since his early 1980s band, Hawaii, recorded a few releases on labels like Shrapnel and Steamhammer Records. Friedman's flair for mixing in an Eastern musical feel into his runs is only one of the aspects of his style that has made him a legend in certain circles.

Although his highest profile of work would come with Dave Mustaine, Friedman's two albums with a project called Cacophony are regarded by shred fans as essential listening. Friedman has largely abandoned heavy metal and embraced a style called J-rock -- which is far removed from the stuff that got him on this list. 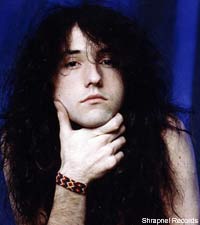 Jason Becker (Cacophony, David Lee Roth, solo)
Friedman's sparring partner in the aforementioned Cacophony was a 16-year-old named Jason Becker. Their 'Speed Metal Symphony' and 'Go Off!' albums found the two fret wizards at their shred best. Like Malmsteen, Becker was a disciple of Niccolò Paganini's violin symphonies and his sped-up arpeggios proved that the influence paid off dividends. David Lee Roth hired Becker to be Steve Vai's replacement in his solo band and the 'A Little Ain't Enough' album features the still young guitarist. His days performing to arena sized crowds were just within his grasp when fate sadly intervened.

While preparing for the 1989 tour for the album, Becker was diagnosed with Lou Gehrig's disease and was robbed of his ability to perform. Though the condition has ravaged his body and taken away his speech, he still communicates with his eyes through a system created by his father and stays in touch with his fans via JasonBecker.com. 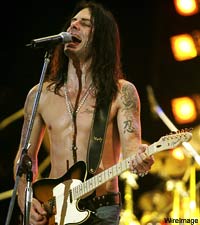 Richie Kotzen (Poison, Mr. Big, solo)
This Pennsylvania native's guitar style is a potpourri of rock, blues, jazz and 1970s-informed fusion but his early material is all about the shred. On his self-titled solo debut (produced by Jason Becker), Kotzen's velocity is awe-inspiring. His white hot solos on tracks like 'Plaid Plesiosaur' and 'Unsafe at Any Speed' have had guitar students pulling their hair out for the last 2 decades.

Kotzen's playing during his Poison and Mr. Big days was far less shred than his late 1980s period but it has always been exciting and fresh. 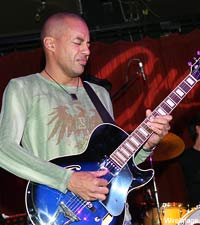 Tony MacAlpine (M.A.R.S., Planet X, solo)
Before this veteran musician even picked up an axe, he was classically trained to play piano and violin and raised on a steady diet of Chopin. MacAlpine's neo-classical style is the outcome of his early refined tastes and when he married it with hard rock energy, the music world took notice.

Younger Noisecreep readers who dig bands like DragonForce and Symphony X should explore MacAlpine's 'Edge of Sanity' album from 1986. 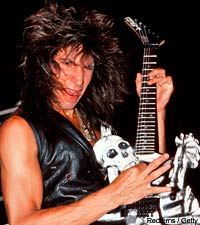 George Lynch (Dokken, Lynch Mob, Souls of We)
Lynch has one of the most distinct tones you'll hear in hard rock and metal. He's been providing the audio beatdowns ever since Dokken's 'Breaking the Chains' album and is one of the major reasons why so many ESP guitars were sold in the late 1980s.

Proving his command over the instrument, Lynch has always had a wide array of stylistic weapons at his disposal. Whether he throws in a classical phrase or some off-the-wall jazz-fusion maneuver into his solos, it never feels out of place. Another side of his playing that a lot of younger musicians should learn from is his restraint and taste. Check out his work with Dokken if you don't believe us. 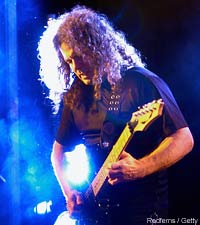 Vinnie Moore (Vicious Rumors, UFO, solo)
Outside of one of Joe Satriani, how many instrumental albums from a debut guitarist do you know of that sell over 100,000 copies? This is the feat that initially got Vinnie Moore a lot of press around 1987 and 1988. His playing on Vicious Rumors's underrated 'Soldiers of the Night' album is no less deadly but it's his solo work that has made him a legend worldwide.

His popularity at one point was so great that he scooped up a deal with a major label, which was definitely not the norm in the shred scene. These days Moore is playing in UFO and doing an unbelievable job of playing Michael Schenker's classic parts and adding his unforgettable touch to them. 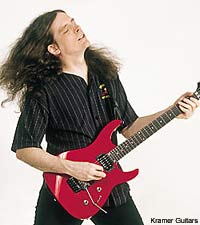 David T. Chastain (Chastain, solo)
Another guitarist who has released music through Mike Varney's Shrapnel Records, David T. Chastain has enjoyed a long and prolific career through a multitude of projects. Most of Chastain's discography features his Alan Holdsworth meets speed metal styled onslaught and is definitely worth your money.

If there was any justice in the world, this guy's posters would have been on the wall of every young guitarist back during the first wave of shred instead of the relative obscurity his career has lingered in.