Metal is one of those genres that takes itself so seriously, it's automatically hilarious. That's why we've endeavored to bring you the top 10 funny songs in metal. Granted, it's more than possible we missed a few tracks, which is why we encourage you to offer your two cents. So leave us a comment at the tail end of this list, and let us know if we made any glaring omissions.

This list is broken down not by ranking so much as the kind of humor we felt the song appealed to. Hopefully that's not confusing. Rather than just focus on song titles or lyrics, we considered everything: titles, coupled with band names and song lyrics, along with the actual performance and album art, plus the sheer ridiculousness of the song -- and, lastly, the irony, if any, involved.

If you think irony's good for a solid laugh ... 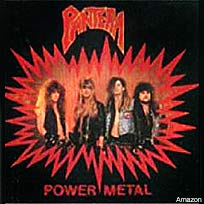 OK, so several reasons for this one. First, I think any proper list that talks about metal seriously has to include Pantera somewhere. This being a list about humor, I'm reminded of how funny a dude Dimebag was, so it seems fitting that they make it in.

Second, look at that freakin' album cover! Pantera with teased hair, at the height of their glam stage? The song 'Proud to Be Loud' is perhaps the best song from the pre-'Cowboys From Hell' Pantera and comes from the first of the band's albums to boast the pipes -- albeit falsetto pipes -- of Phil Anselmo.

But what makes this song hilarious, for me at least, are the lyrics. Here are a few excerpts: "Listen up good/I got a lot to say/I know what I want/And I get my own way." Deep. More: "Love it or leave it/I'll give you the choice/But it'll snow in hell/Before I lower my voice (Yes it will)." Just a dorky aside: This track was actually used as the background music for the party scene in 'Donnie Darko.'

If you think being offensive is hilarious ... 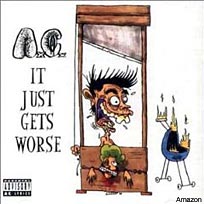 Of the infinite list of ingeniously-titled AC songs (which includes gems like 'You Must Be Wicked Underground If You Own This,' 'Grindcore Is Very Terrifying,' 'I Got an Office Job for the Sole Purpose of Sexually Harassing Women,' 'When I Think of True Punk Rock Bands, I Think of Nirvana and the Melvins,' 'Living Colour Is My Favorite Black Metal Band,' 'Breastfeeding J.M. J. Bullock's Toenail Collection' and 'I Sent a Thank You Card to the Guy Who Raped You'), the band's song 'I Snuck a Retard into a Sperm Bank' has always stood out to me as the most hilarious because of how offensive it is.

Plus, you tack on lyrics that deride women for using such facilities so that they can become single mothers ("You f---ing dyke/You didn't want to get touched by a man"), and you've got yourself a recipe for funny.

If you think rectal fornication is funny ... 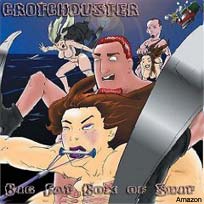 Any metal fan worth his salt should be familiar with Crotchduster. The band, started by metal super producer Jason Suecof, was this generation's answer to Spinal Tap. Now that Suecof is busy producing every other band's next record, he's put the 'Duster on the backburner.

Luckily, we'll always have 'Let Me Into Starfish Land,' a beautiful song that starts off with maniacal pianos, an interlude about a girl of ill-repute, and then launches into some of the most severe deathcore you've ever heard. The song is about sodomy and includes side-splitting lyrics like "I love bunnies/I love pink/I love my mom's underpants/Especially when they stink." Offensive? You betcha! But still hilarious. 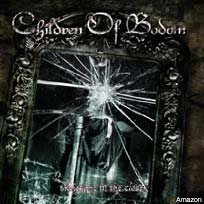 What makes this song funny is how awful it is. I mean, it sounds bad on paper, right? Well, it wasn't much better on tape. The fact that it's a Britney Spears cover, and that its frighteningly loyal to the original, is also rather amusing. So is the sound of frontman Alexi Laiho hocking a loogie at the very beginning, almost as if he's spitting all over the genre of pop.

As soon as Laiho starts to let go, you get lost in the song, which, as covers go, could have been better. What makes this song hilarious is how Bodom basically just regurgitated it when they could have spent more time working it into a heavier, more metal epic. The solo at the end is pretty bad-ass. They basically just did it for buzz, which is also funny ... in its own pathetic way.

If you think making fun of the dead is funny ... 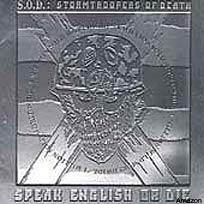 Stormtroopers of Death -- 'The Ballad of Jimi Hendrix,' from 1985's 'Speak English or Die'

At five seconds long, its hand's down the shortest song on this list, but also just one of the funniest. It is a thrash classic from SOD that pokes fun at the guitarist and Seattle native. Basically, the song consists of the opening riff from 'Foxy Lady' for a few seconds, and then the song's only lyrics: "You're dead."

The band would later release 'The Ballad of Kurt Cobain,' which, similarly, featured the opening riff from 'Smells Like Teen Spirit' with a "You're dead." If you don't get why that's funny, may I suggest picking up something by the Smothers Brothers?

If ripping someone a new one tickles your pickle ... 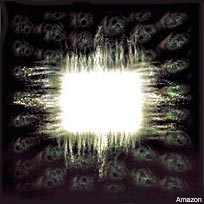 Back in 1992, some loser met James Maynard Keenan and had the audacity to tell dude he thought the band had sold out. Little did he know he'd one day inspire an entire Tool song.

Keenan fires back at the kid in 'Vans, 501s and a dope Beastie T,' scolding the guy because "all you know about me is what I've sold you/Dumb f---/I sold out long before you ever heard my name." The song, while brutal in content, is riotous if only for the story behind it and Maynard's crushing lyrics, which end, "Buy my new record/Send more money/F--- you, buddy."

If you think Gwar is funny ... 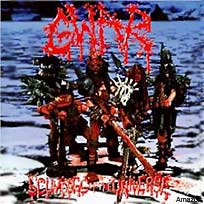 This fan favorite has been played at practically every Gwar show since it was written, and is one of the band's favorite tunes. 'Sick of You' is about a topic that speaks to so many but is rarely tackled in song: just hating other people.

It helped establish Gwar as a more mainstream act, and while there are literally dozens of Gwar songs that'll have you slapping your knee, this one is priceless if only for frontman Oderus Urungus' delivery and the chorus that gets stuck in my head every time I see a picture of Danzig. And the lyrics? Simple, but to the point. "Your face is gross/You eat white toast/You don't know what to do/It's just your luck/You really suck/That's all -- I'm sick of you."

If you only listen to death metal ... 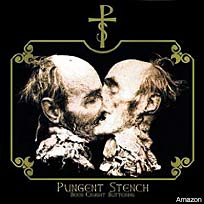 I always wanted to name a band after a Pungent Stench song (said song being 'Festered Offals'), so I figured I'd get the band on this list because they need to be heard to be believed. The band was a darkly hilarious death act from Austria, and they talked a lot about puss and body parts like any good death metal band should

And damn if they weren't vivid. In the song 'Splatterday Night Fever' (which also happens to be a funny title), frontman El Cochino belches, "Venereal disease/Rancid-tasting d--- cheese, corrosive like acid/Burns holes in his skin/Crablike, it is spreading over his pallid limbs." If that isn't humor, I don't know what is.

If you're into the comedic stylings of Weird Al ... 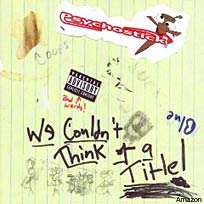 The band named after my first board is gimmicky, to be sure. But at the end of the day, if that's what floats your boat, this song is really funny. Its like the musical equivalent of a penis joke.

The best line from the poppy metallers' biggest hit? "They say beer will make me dumb/It are no good with pizza/Now that we have drunk some beer/Let's go drive a car." Of course, the only way you can appreciate this song -- truly appreciate it -- is by going into it with the understanding of what it is: Not serious metal, but Weird Al metal.

If you like the Charlie Daniels Band's 'The Devil Went Down to Georgia,' and who doesn't ... 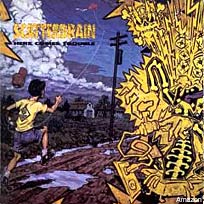 If you've never heard this song, then my friend, today is the first day of the rest of your life. Back in the early 1990s, as Americans braced for its first Gulf war, Scatterbrain emerged with this charming yet cautionary tale about a young lady, and how she broke a man's heart all because she called him 'dude.'

It's cheesy and amazing all at once. But nothing beats watching the video the band shot for it. You've got to love this song if only for this lyrical genius: "Later that night I was in such a bad mood/Sittin' in a bar drinkin' hard, getting stewed/Thinkin' 'bout that girl and how 'bout I'd been screwed/When some guy walks in sits next to me and says/What's up dude!"