When you think '80s metal, your mind probably goes straight to black leather, big hair and MTV. Well, you'd be about half right. Not every '80s metal band had big hair, but nearly every signed act was rocking, partying and pushing for a place in music history.

The cream always rises, and there's stiff competition to be the best at anything -- but especially when it comes to metal. Today, Noisecreep gives you the 10 best '80s metal songs. Let the celebrations -- and arguments -- begin. 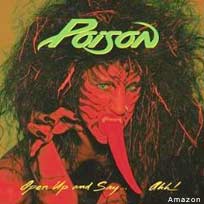 Poison should probably win the award for 'most times covered by a bar band.' Everyone knows Poison -- even your death metal-loving brother. So even if you think Poison isn't metal and glam is for a bunch of posers, get over it: The band is more famous and rich than you, and for good reason. 'Nothin' But a Good Time' is one of Poison's biggest hits from the album 'Open Up and Say ... Ahh!' For their second album, the members of Poison continued the tradition of writing the album as a group and therefore each member guy enjoys a credit on the track. 'Nothin But a Good Time' sailed right up the Billboard music chart in 1988, landing at number six. As soon as the song -- and equally famous support clip was released to MTV -- 'Nothin' But a Good Time' became the anthem of the good time '80s. 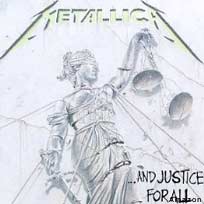 No one can really argue against the fact that Metallica did a lot to make the metal genre more widely accepted and taken seriously in the eyes of haughty music critics. To this day, fans clog message boards, arguing that Metallica's best album is 'Master of Puppets.' Since we're a little more open-minded here at Noisecreep, we'll gladly listen to Metallica's entire catalog.

'... And Justice for All' came out in 1988 and is the first album to feature bassist Jason Newsted. '... And Justice for All' proved that the band's sound was forever changed after the death of original bassist Cliff Burton. The Grammy award winning 'One' displays a complex song structure with dark themes like nearly every Metallica song. The difference between 'One' and everything that came before is now the band learned how to cross over beyond thrash to a mix of more approachable music that eventually made them the biggest metal band in the world. 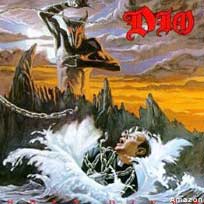 'Holy Diver' is from Dio's debut album of the same name. Released in 1983, 'Holy Diver' is one of Dio's most popular songs. The track has been covered countless times in the near 30 years since its initial release. Most metal purists say Ronnie James Dio has one of the best voices in metal, and we can't argue with that here at Noisecreep. It's his powerful voice, coupled with melodic intonations and a killer guitar solo that make 'Holy Diver' one of the most enduring metal tracks of the '80s -- if not all time. For some bands, covering 'Holy Diver' meant breaking into commercial success. Killswitch Engage covered the song and made an epic video to match and suddenly they were right in the Top 20 of the Billboard chart. 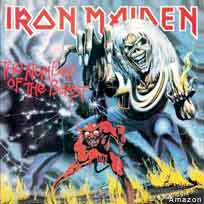 No best-of-'80s metal list is credible without the inclusion of at least one Iron Maiden tune. Picking just one track is a near impossibility, but 'Hallowed Be Thy Name' gets the crown for its soaring vocals and awesome riffs. This one track tells you everything you need to know about the cult of Maiden. 'Hallowed Be Thy Name' is from 1982's album 'The Number of the Beast.' There's nothing more metal than a song about a man about to meet his demise via the gallows. When bassist Steve Harris originally wrote the song, it's doubtful he knew just what he was creating: a heavy metal anthem for the ages, which all out demands a singalong when Maiden plays the tune live. Up the irons! 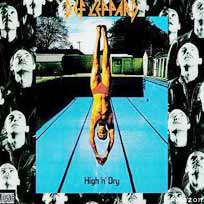 Before all the pop tunes and band tragedies, Def Leppard was a straight up metal band. Just listen to the harmonic opening of 'Bringin' on the Heartbreak' as proof. Original Def Lep guitarists Pete Willis and Steve Clark collaborated on the riff and singer Joe Elliot helped with the lyrics. From the 1981 album 'High n' Dry,' the video for 'Headed for a Heartbreak' helped break the British rockers in America and proved that metal bands can have success with ballads. Since the 'High 'n' Dry' days, Def Leppard went on to become one of the biggest acts in rock, earning more than one diamond award for 10 million-plus album sales for 'Hysteria' and 'Pyromania' each. 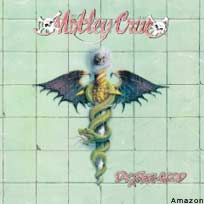 The most notorious bad boys of them all -- Motley Crue -- went clean and recorded their biggest selling album 'Dr. Feelgood' at the end of the 1980s with super producer Bob Rock. The album had so many hits and was so well received, it went right to the top of the Billboard chart.

If anyone knew about drugs, it was the Mötley boys. So why not write about it? Writing about a successful drug dealer paid off for Crüe bassist Nikki Sixx as 'Dr. Feelgood' became the band's highest charting single to date. The expensive video played around the clock on MTV and Mötley found themselves on a whirlwind world tour that just kept going and going and going. During the summer of 2009, Mötley Crüe played 'Dr. Feelgood' in its entirety to celebrate the album's 20th anniversary. 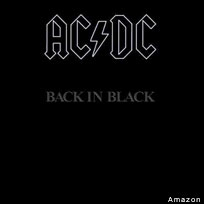 Is AC/DC a metal band or a straight up rock act? The tired argument is really pointless when you consider the band's pure catalog and vast legacy. Still selling out stadiums around the world, AC/DC just might be the biggest band in the world. The band had suffered a major blow, losing singer Bon Scott in early 1980.

Amazingly, the band rallied, recruited Brian Johnson and recorded 'Back in Black,' the second-biggest selling album of all time. 'Hells Bells' opens as a fitting tribute for Scott, with bells tolling before an all-out cacophony of sonic excellence. The song is both in-your-face and respectful: truly a delicate mix of emotions and one that is not easily executed. That is, unless you're Angus Young. 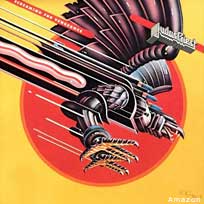 Is 'Electric Eye' Judas Priest's most perfect song? It's blistering and vocalist Rob Halford just all out growls the lyrics. 'British Steel' is probably Priest's best album, but 'Screaming for Vengeance' really helped catapult the band into the heavy metal stratosphere. When Priest recorded 'Electric Eye' in 1982, they were on a creative upswing. Halford, and guitarists K.K. Downing and Glenn Tipton collaborated on the tune that is a sort of call-to-action against Big Brother. 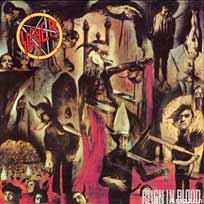 Remember back in 1986 when 'Reign in Blood' came out and you could hear both the notes and the lyrics? That sort of change, thanks to producer Rick Rubin, helped solidify Slayer as a major force in metal.

'Reign in Blood' might very well be the single heaviest album every recorded and 'Raining Blood' is Slayer's calling card. Played live at every show, 'Raining Blood' tells a listener in just five minutes what Slayer is all about: upfront brutality, killer musicianship and just the tiniest hint of early groove to make you want to move -- fast. 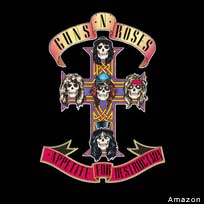 Quite frankly, any song off 'Appetite for Destruction' could go in this slot. For all that it is, Guns N' Roses' 'Appetite' might be the definite metal album of the 1980s. Producer Mike Clink effortlessly captured the raw emotion -- and ambition -- of five guys on the brink. When Axl Rose cries "You're in the jungle, baby / You're gonna die," it's just as much a warning to him as it is every teenager daring enough to pick up his album.

While no Guns n' Roses disc ever matched the magic or genius of 'Appetite for Destruction,' the five original members can rest easy knowing they created some of the biggest metal anthems of all time; none of them bigger than 'Welcome to the Jungle.' There's a reason sports teams all around the world still call on the 1987 single to get crowds pumped and opponents cowering.