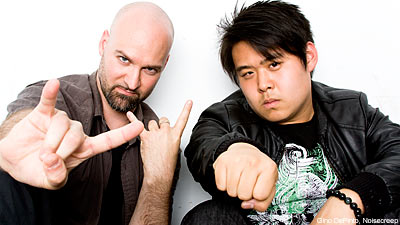 A sticker on the shrink wrap of the second Order of Ennead album, 'An Examination of Being,' describes the band as "philosophical virtuoso death metal." On first glance, the term sounds almost satirical, but on closer examination it hits the mark.

'An Examination of Being' is a concept album about the tenuous balance between life and death and the inevitability of demise. Every song on the disc explores the significance and/or meaningless of life from the perspective of an agnostic, vocalist and guitarist Kevin Quirion, who does double duty in Deicide (along with drummer Steve Asheim). Unlike Deicide, Order of Ennead don't attack Christianity, nor do they glorify violence or nonconformity. Theirs is a more, well, philosophical pursuit and Asheim expresses his fears and feelings without reservation. 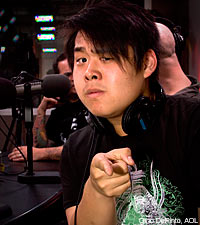 On the playing side, Order of Ennead are certainly virtuosic, whether they're grinding through complex rhythm shifts and mindbending death metal leads or blasting their way to oblivion in the vein of their favorite black metal influences.

During our ''Creep Show' interview with Quirion and guitarist John Li, we talked about the growth experienced between their 2008 self-titled debut and the new record, the lyrical approach to songs like 'The Concept of Our Extinction' and 'Conduits to Eternity' and what it's like to pull double duty with Ennead and Deicide.

The Ennead dudes also joined us for our news and album discussions, which ran the gamut from Christian metal to deathcore. The other panelists for the show were Noisecreep editor Seth Werkheiser, Revolver senior editor and Noisecreep regular Jon Wiederhorn, Noisecreep news guy Chris Harris and label marketing man and Noisecreep writer Carlos Ramirez. 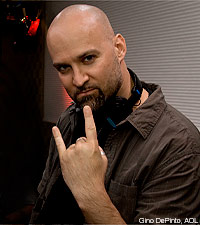