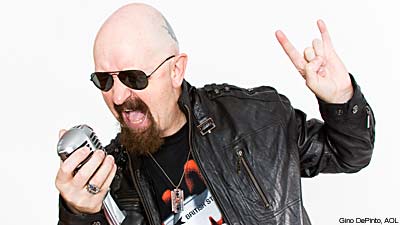 It wasn't a normal edition of the ''Creep Show,' but then again, Judas Priest frontman Rob Halford isn't your normal guest. So we put the kibosh on the news and album discussion segments and devoted our whole 30-minute podcast to the 30th anniversary of Priest's seminal album 'British Steel.'

At first, we weren't sure there would be enough to talk about, but as soon as Halford started explaining the history, sociology and cultural impact of the record, it was clear that the show would be all killer, no filler. Interviewing Halford for the podcast were Revolver senior writer and Noisecreep regular Jon Wiederhorn, Noisecreep lead blogger Amy Sciarretto, 'Nights with Alice Cooper' syndicated radio show producer Katherine Turman and New York concert promoter Rich Hall. 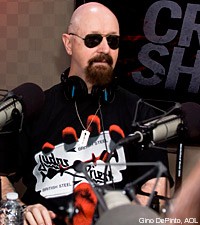 The Metal God was animated and enthusiastic as he revealed little-known facts about the creation of 'British Steel,' and talked about the new 30th anniversary of 'British Steel' CD and DVD package, which features the original album remastered with two additional tracks, 'Red White & Blue' and 'Grinder (Live),' and a DVD of Judas Priest playing 'British Steel' in its entirety along with seven catalog songs. The show was taped on Aug. 17, 2009, at The Seminole Hard Rock Arena in Hollywood, Fla. Noisecreep also gave fans an exclusive preview of the band performing 'Breaking the Law.'

In addition to discussing the unorthodox way in which Judas Priest recorded 'British Steel,' Halford talked about what it was like to work at Tittenhurst Park, the home once owned by John Lennon, why 'Breaking the Law' was the first song on the American edition of 'British Steel' but not the European release and the immense influence of the album, which remains as relevant today as when it was released. Halford also mentioned how pleased he was to finally receive a Grammy Award and what it was like to attend the illustrious event -- and he hinted at what Judas Priest might do to celebrate the 30th anniversary of their second most heralded album, 'Screaming for Vengeance,' in 2012. 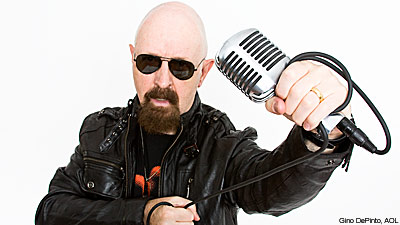