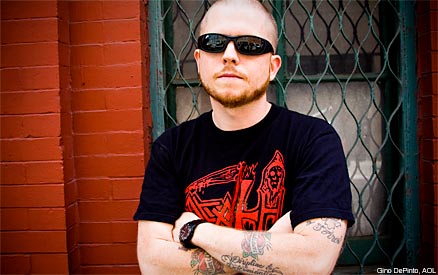 It's a well-publicized fact that Hatebreed/Kingdom of Sorrow vocalist Jamey Jasta is the hardest working man in hardcore. He runs a label, fronts several projects, has a clothing line and is a doting father, among other things like touring on the regular. So we're always happy when he carves some time out of his insanely packed schedule to sit down for a ''Creep Show' interview.

During Internet Week, Jasta popped our booth on the busy, bustling floor of the convention to promote 'Beyond the Blackest Tears,' the latest and greatest from Kingdom of Sorrow, his project with Crowbar guitarist Kirk Windstein, as well as fill us in on Hatebreed's summer touring on Mayhem, as well as Kingdom of Sorrow's trek with the truncated Ozzfest. 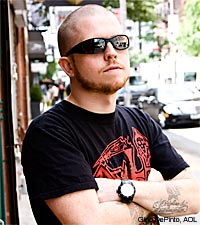 As a five-time Ozzfest alum, Jasta offered his thoughts on Mayhem, which ultimately supplanted Ozzfest as the alpha dog of summer metal tours. He also joked about wearing the earpiece-style headset a la Whitney Huston and Bobby Brown while taping. He did make mention of New Kids on the Block singer Donnie Wahlberg, which is name scarcely mentioned in the metal world; but it's cool, as Donnie's son is reportedly a huge metal fan and therefore has good taste.

He talked about Windstein's brain-scarring tendency to streak when drunk -- as in, run around naked and hold his bandmates 'hostage' while on tour -- and how he approaches his lyrics and vocal styles from two different angles in two very different bands. He offered some more info on Icepick, his side project with Danny Diablo/Lord Ezec of Crown of Thornz and Skarhead fame, as well as the burgeoning acts on his label.

Jasta was sporting facial hair in the form of a mustache and a beard, something we're not used to seeing the cherub-cheeked singer pull off. He admitted right before we started taping that he is boasting face pubes due to a Twitter contest, where fans voted for him to keep it. 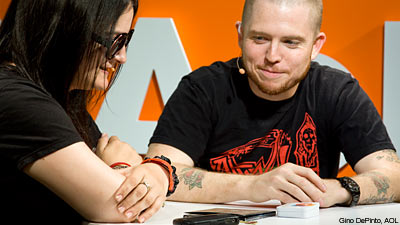 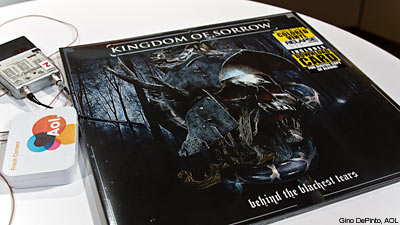