When Lamb of God drummer Chris Adler says "Little known secret. Metallica's ...and Justice for All and Death's Symbolic record had a baby. It was tossed into a junkyard and forgotten about. It ate metal and drank gasoline until it broke free and began to kill. Sylosis defines modern speed metal" about your band, that's an endorsement that's bound to turn heads.

But even without Adler's accolade, Sylosis deserve your attention. The UK band will be supporting Lamb of God on its upcoming tour, so fans will be able to pick up what Adler is putting down. Still, Noisecreep had to pick frontman Josh Middleton's brain and introduce the band to readers on a larger scale.

The band's latest album, Monolith, is out now.

How did you come to find out that Chris Adler is a fan?

I read an interview, he mentioned it in interview. It was awesome, but I didn't think too much. They had shows here a month before [the incarceration] happened with Randy [Blythe]. We did a few shows and he watched our shows every night. We stayed in touch. He emailed me and wanted to get us on a U.S. tour. I thought, 'That'd be insane.'

I didn't get my hopes up, but we got on the tour and it's a huge deal for us. For us to do it, in America, where we have not done much, it's really cool.

I had to get New American Gospel on import since it wasn't released properly here. We've all been into them for so long and the fact that he is really supportive, actively supportive, is awesome.

Is this your first major tour?

Our second. We did one last November with As I Lay Dying That was our first proper tour, a month long. We did cover a lot of ground. Now, we know what to expect, and this is double the length. Luckily, we are in an RV, so we can stock up on healthy food, instead of Wendy's.

Did you not have an RV last time?

We were in As I Lay Dying's old van. They were cool to us. We borrowed their old van and had to stop on the side of the road to eat daily. We at a lot of Wendy's.

Ouch. That had to be rough. Did you gain weight?

Probably just a bit! Even if we didn't eat a lot, it was all bad food. 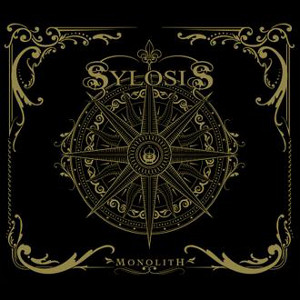 What are you most looking forward to?

Weather, when in California. It's winter here already, so it'll be cool. And playing the shows. The venues that we're doing with Lamb of God are small-ish for them, but still, some are 4000 capacity rooms.

Since this is an introduction of your band to our readers – what do they need to know?

Bay Area, old school thrash is the foundation of our sound. We are fans of early Metallica, Sepultura, Death, Vio-Lence, Forbidden. That is the majority and main focus of our sound. But we like progressive music like Rush or Pink Floyd, or Neurosis or Cult of Luna, who are dark, doomy, sludgy.

We try and stay away from cliché or cheesy stuff. We want to do it in a mature or sophisticated way: heavy, fast, aggressive, really epic and melodic, and thought out.

Do you have any non-music skills or hobbies or talents?

In terms of art, I draw and paint a bit. But that's about it for me. I tried painting our last album cover. I did a huge canvas. I painted the cover before we had it done by the guy who did our last two albums. It didn't look quite right when zoomed out and small. It looked good as big piece, but not as a CD cover.

Did you keep the canvas?

It is outside my room at the moment, doing nothing.

Sylosis' latest album, Monolith, is available now via Nuclear Blast. Pick up your copy at this link.