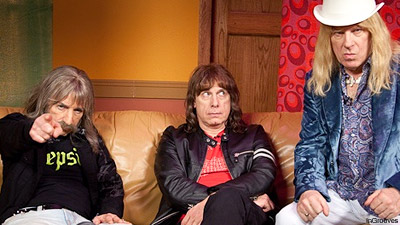 The Grammys are known for not getting it right when it comes to metal. Ahem, Jethro Tull over Metallica, anyone? OK, so the Academy has since atoned for that grand misstep, which occured all the way back in 1989.

But we're going to give them some flack due to the fact that Stephen Colbert defeated Spinal Tap in the Best Comedy Album category. Metal was robbed once again, in a whole other category.

Colbert's 'A Colbert Christmas: The Greatest Gift of All!' beat out Spinal Tap's 'Back From the Dead.' We love Colbert's deadpan humor, but we're partial to the mighty Spinal Tap!