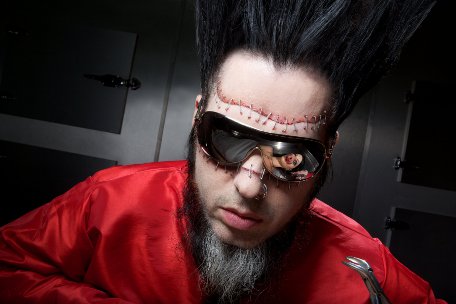 "Static-X hasn't done anything in a long time," frontman Wayne Static admits to Noisecreep. "We're just kind of taking it one step at a time. We're just going to go out and do some shows and see what happens. On this tour, we're going to focus in general on the first couple of records and do a lot of the old stuff for the fans."

Wayne Static has been around the block a few times and jokes that's he's becoming "classic rock." The band formed in 1994 when both the world and music industry were very different. While fans will hear lots off the band's first album, Static admits he's in a different place these days, personally and musically.

"It's kind of weird when I look back... it was like I was a different person back then," muses Static. "I was very green. I didn't know the industry or how anything worked or what to expect... now I'm in a completely different spot. It's interesting to look back on [that time.] To listen to my first record, it doesn't sound like me. I feel like it was somebody else. I hear myself struggling to find who I was at that time and it is just totally different now."

For Static, the growth is a gift and helps makes his music stronger.

"I like to think I'm still learning how to write better songs. I know a lot of people count Wisconsin Death Trip [1999] as their favorite Static-X record and I'm fine with that... but in my mind, I barely knew how to write a song back then. I'm still definitely learning."