Michigan miscreants The Black Dahlia Murder - and we mean that lovingly- will drop their new album Everblack through longtime label Metal Blade Records in June. It's the BDM's sixth effort and they are recording it at the famed Audiohammer Studios. They posted the graphic you see below on Facebook, too. 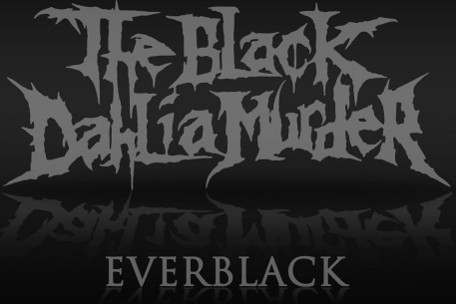 Clutch have debuted the title track from their new album Earth Rocker. Listen and jam the hell out. It's the Clutch we know and worship. [Brooklyn Vegan]

Los Angeles hardcore band Touche Amore has shared the new video for "Gravity, Metaphorically." It's from their split seven-inch (so very HxCx of them!) with Pianos Become the Teeth.

Those radio-friendly rockers in Three Days Grace have dropped the lyric video for their new single "The High Road." Screw the low road. Watch this clip and learn the words. [Press Release]

Dallas three-piece True Widow have signed with Relapse Records and are planning a late spring release for their label debut. The trio remains holed up in their favorite Texas studio with producer Matt Pence.

"Returning to the Echo Lab just made sense," explained drummer Slim TX. "It's where the previous albums have been recorded and it feels like home. The same goes for working with Matt. He allowed us to stay true to ourselves on our self-titled album and develop the sounds that would become our cornerstone for everything that has followed." [Via Press Release]

If you love video games as much as you love the heavy metal genre, then see if you're up on all the heavy metal cameos that take place in animated, video game form. Metallica team up with Tony Hawk, while Avenged Sevenfold show up in Call of Duty: Black Ops 2. There are plenty more, so familiarize yourself and see what you missed or what you need to play! [Loudwire]