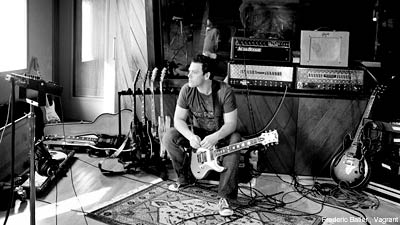 The change in label, however, had absolutely no impact on the band, simply because the members don't concern themselves with such matters. After all, that's what managers are for, allowing the band to just do its thing without the black cloud of business scenarios lingering above them.

So much so, that the band doesn't even have an answer to questions about the switch. "That's not something we can answer, we as the band do the music and stage show and that is our thing. The business details are done by management, so ask our management if you want to know why we switched labels," guitarist and backing vocalist Paul Landers told Noisecreep. Fair enough.

When we chatted with Landers, he was candid about the internal tensions within the band, but doesn't believe said tensions generated a negative affect on the new album, the title of which has yet to be revealed. "Strangely enough, no," Landers said. "The album is really, really good. We are glad we have come further with this record. We did pre-production, went into an extreme metal corner, worked on it for two years and refined it until it had the Rammstein sound. And ultimately, we are happy that we have a record that is harder but that is still moving the music forward."