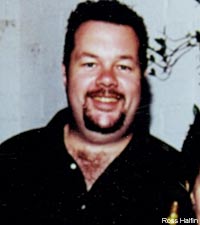 Scott Givens, a longtime metal industry player, is the VP of Metal at E1, home to Hatebreed, Kittie, Throwdown and Satyricon, to name a few. Clearly, Givens knows what's good in the metal scene, and is bringing it to his company. He splits his time bringing in new bands and working with the acts already on the roster, overseeing all aspects of metal at E1. Givens, who started at Combat Records in college before stints at Roadrunner, RCA, and with Sharon and Ozzy Osbourne, participated in an informative chat about the metal business with Noisecreep.

You are signing a lot of metal bands with built-in fan bases but that are in need of new label homes, as well as a sprinkling of 'new' baby bands. What are some of the challenges and rewards of each of those scenarios?

As everyone knows, it is a strange time in the business right now. With labels closing and merging, a lot of credible acts end up looking for a new home. Add to that acts being cut loose because, despite very solid sales, their labels don't want to pay their contracted options and you have, especially over the last two years, an almost astonishing list of acts that were available. We added In Flames, Hatebreed, Satyricon, Kittie, High on Fire, Down (DVD only), Dope and Throwdown over an 18-month period. That's an amazing sales total base, and the challenge is to build on that base.

Each band is at a different stage in their career with its own challenges, but we feel that as a label we are in the best position to work with and grow alongside each of our more established acts -- no matter what their needs. I am equally proud of our developing act roster. Obviously, the challenge there is to take an act you believe in and grow all aspects of their career from the bottom up. Straight Line Stitch is still out touring a year-plus after their release, and we aren't stopping until mid-2010. Dirge Within leaves on a three-month tour with Trivium. The key to breaking a new metal artist is putting them in front of enough people enough times that it finally connects. No matter what else you have going for you, touring is the key for developing metal.

What are your favorite metal releases of 2009 so far?

I am not going to include any of my own, because that would be pretty pretentious! But DevilDriver's 'Pray for Villains,' Deathstars' 'Night Electric Night' and Darkest Hour's 'The Eternal Return.'

In the changing music business economy, what is E1 doing to keep metal's head above water?

We feel we have an edge because we are partners-in-crime with our distribution company, E1 Distribution, which is the only truly independent distributor in North America -- as in we don't have a major label minder. We are leaner, meaner and can react quicker as a label/distribution unit than anyone else. In addition, on the metal side, I have the full support from E1 Entertainment's most senior management. So while others go back and forth about what to do in these downward times for the music business, we are bullish and will continue to attack.

E1 has a roster of both hip-hop and metal. Do you think that the company can establish a viable metal brand in 2009?

Without a doubt. The fact that some of the most respected members of the metal/hardcore community choose to be in business with us says a lot. In two years, we have become a major player in the genre, and we have no intention of slowing down. We have a plan for growth, and we are sticking to it. You can expect 10-15 additional acts to join the roster in the next year. No one else is growing at that pace. E1 is in the metal business for the long haul, if they weren't, I wouldn't be here.