Almost 20 years into the career together, Nile keep shattering expectations with each album they release. The North Carolina group's seventh full-length studio effort, At the Gate of Sethu, was released back in July and debuted on the American Billboard Top 200 album chart at #131. That's proof that even though Nile play a musically challenging style of death metal, they still find a way to connect with forward-thinking metal fans.

Produced by Neil Kernon (Cannibal Corpse, Flotsam & Jetsam), At the Gate of Sethu is Nile's follow-up to 2009's Those Whom the Gods Detest album.

Since Noisecreep has friends in high places, we get hooked up with goodies. Today we're beyond stoked to bring you the video premiere of "Enduring the Eternal Molestation of Flame," the opening track off of At the Gate of Sethu!

From director Jon Simvonis: "It was truly an honor to direct the new Nile video; a band with so many die hard fans and such a strong impact in the metal scene. The video concept was inspired by the culture and the ritual habits of the Ancient Nubia, a region along the Nile River, which is located in northern Sudan and Southern Egypt."

Simvonis continues: "The research and design elements of the "Enduring.." music video, led to a really interesting combination of the Ancient Egyptian myths through the prism of the Nubian African Voodoo Burial rituals."

Nile will tour the United States once again this March and April with 28 shows supported by three of the best local bands in every market. Nile will play two massive sets with music from their stellar discography. Exclusive pre-sale tickets are available now at EnterTheVault.com.

Nile's At the Gate of Sethu is out now via Nuclear Blast. 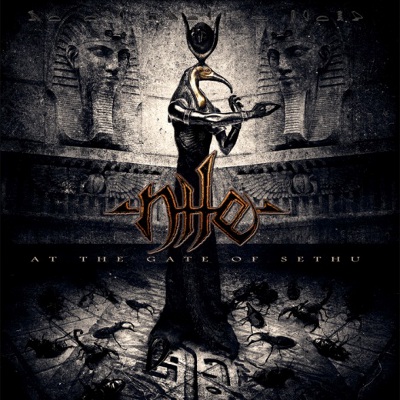