Now as 2012's last embers crackle and fade, we can honestly say it was a pretty stellar year for metal. From metal's mainstream to the underground to its sundry sub-sects; everyone from Deftones to Blut Aus Nord delivered the goods. So, will the next 12 months of metal be even bigger and better? Will they be even more full of bountiful, metallic goodness? Will we finally hear that damn Black Sabbath album? Magic 8 Ball says...

So, in alphabetical order, here's ten we here at Noisecreep are ready to give the full horns-up treatment.

Yes, they have been called "The Satanic Nickleback": it's largely because these Baphomet-praisin' Austin-ites (whose CV includes members of Integrity and Iron Age) ain't merely raging in fires of Hades as much as they're crooning hook-heavy odes to the man down below. Deathlike is a further exploration of the Ancient ones' penchant for gloomy Southern gothic, spare chords and quiet invocations to the Beast 666. "Deathlike is a series of choices, a choose your own adventure album," urges vocalist Nathan Opposition. "It is a lifestyle - Some of us see it as cruelty, some as a way of life. Deathlike has a lot of different moods with a lot of unexpected turns." 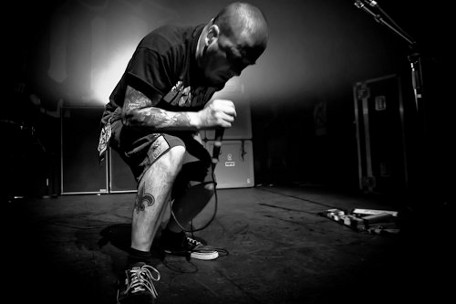 The first two blasts of solo material from Uncle Phil ain't some detour into experimentation or indulgence. This is full-on, hostility-prone METAL. Meanwhile, Texan extremists Warbeast (featuring former Rigor Mortis throatsman Bruce Corbitt) give Anselmo a run for his money with two brutal salvos of "weapons-hot" thrash. "War of the Gargantuas is a sneak preview for what I believe will be two of the best metal releases of 2013," states Corbitt. "Of course I'm talking about the much-anticipated Philip Anselmo solo album, Walk Through Exits Only, and also our upcoming full-length Warbeast album, Destroy.

War of the Gargantuas is truly a collaboration of metal brothers. Phil produced the two exclusive Warbeast tracks for this split-album. We also teamed-up to write the lyrics for the Warbeast song 'IT' that will be on this release. Not to mention that Warbeast drummer Joey Gonzalez plays drums on Philip's songs. So obviously Warbeast is honored to be part of this type of exposure that comes from working with a legend like Philip Anselmo."

"This split is something I've wanted to do for a long time," Anselmo adds. "I think of this as an "introduction" as far as my solo stuff goes. And I think of this as a fantastic, ripping Warbeast effort as well. I picked the two Illegals songs I did because they were the most "straight-forward" songs I'd done. The full length, Phillip H. Anselmo and The Illegals, will be very different, but these songs still have attitude. They match well with what Warbeast dishes out here too, I believe. And the two 'Beast songs are special, because they've been playing them live for a couple of years. Now, their fans have an awesome, energetic recording of those songs. And I will add, we had a decadent blast recording these tunes as well!"

Temper Temper, Bullet for My Valentine (Feb. 12 on RCA Records)

Matt Tuck's mob reteams with producer Don Gilmore (Deftones, Linkin Park) for another set of festival-worthy tuneage. "The overall sound of our album is a mid tempo hard rock stomper with flashes of old school metal thrown in for fun," says Matt. "Massive vocal melodies and hooks with insane solos make this one our strongest record to date by far." Big rock rarely sounds so sweet.

These Swedes have done it again, securing their spot as leaders in the post-metal/ambient arena. As the title would affirm, they're still scaling new creative heights with this record, which they claim is based on director Fritz Lang's 1927 sci-fi opus, Metropolis. Not surprising for a band so long rooted in the language of the ominous and enormous. Says guitarist and vocalist Johannes Perrsson: "Nothing with Vertikal came easy but after three years of planning and executing it we couldn't be more proud with the result."

Los Angeles' NWOTHM (New Wave of Traditional Heavy Metal) supremos, Holy Grail, re-enter the octagon with an album of full-metal gallop, screams, shred, riffs, harmonies, proggy arrangements, vocal wails and bloody anthems. "There's been lots of anticipation for our next full length and I'm quite certain fans of Crisis in Utopia will be happy," says vocalist James Paul Luna. "This feels like the next big step for Holy Grail and we're all really proud of the finished product. Sit back and enjoy the ride!"

Hatebreed mainman Jamey Jasta is hardly one to mince words when talking about the 'Breed's latest. "If you are not a fan of Hatebreed then you will absolutely hate our new album The Divinity of Purpose as it is ALL PIT and NO SHIT. It's not for wimps, whiners, hipsters, metal elitists, keyboard tough guys, etc. It's for people who want to compete in the race of life and crank their stereo to the max. The songs are hard, heavy and to the point. If you're looking for prog metal or avant garde noise you've come to the wrong place." Need more be said?

With 2009's Swarth, this crew of Aussie bizarros distinguished themselves one of he strangest, boundary-pushing, genre-busting bands on the planet. Four years later, they continue to outdo themselves. Vexovoid is absolutely the sort of record you get from a band whose guitar team call themselves Horror Illogium and Aphiotic Mote (probably not their Christian names), tune down to the key of F and reference H.P. Lovecraft almost exclusively for lyrical inspiration. Translated: this one is as heavy, weird and brilliant as they come. Says Mr. Illogicum on the Portal gestalt: "Portal proposes that only total darkness in states of mind will show the way into absolute completion." Cool, dude.

Soilwork rarely disappoints and this two-disc opus (their ninth album to date) only ups the ante for these ever-reliable Swedes. After returning for 2010's The Panic Broadcast, founding guitarist Peter Wichers has finally relinquished his spot to touring axeman David Andersson (ex-Night Flight Orchestra). And for the odd fan of both Soilwork and Britain's New Model Army (the two of you know who you are), NMA vocalist Justin Sullivan will be crooning it up with frontman Bjorn "Speed" Strid on the track "The Windswept Mercy."

"The Living Infinite is a bit of a special project for us," says drummer Dirk Verbeuren. "It's our first-ever double album and also our first recording with David Andersson on guitar. You never know what people will think and feel, but I do believe there will be some serious excitement when this thing comes out next March. In all honesty, my bandmates have done an incredible job on these twenty songs, they're all over the Soilwork map and beyond, and they fucking kill!"

Long Island's long-ruling death metal overlords, Suffocation, don't miss a bloody beat following the departure of founding drummer Mike Smith. 22 years since the release of Suffo's Human Waste EP, they remain the meanest bastards in technical death metal. "The new album, Pinnacle of Bedlam, is just that, the pinnacle of what Suffocation has grown to become over the years," states guitarist Terrance Hobbs. "Technically refined, brilliant production, heavy as hell, and killer art work. It's just one for the death metal record books! Best overall writing and production we've had in two decades!"

The Starship Voivod reemerges from the black hole with original bassist Blacky back on the bridge and new axe Daniel "Chewy" Mongrain (ex-Martyr) toiling in the engine room. Forget the Jason Newsted era or the two albums where they plundered riffs found on departed guitar insurrectionist Dennis "Piggy" D'Amour's laptop. This is Voivod back to business with their best record since 1990's Nothingface. ""Target Earth...Could this be a threat from out of space?" queries frontman Snake whilst trying explain the lyrical themes of the new record. "Is it a wake up call for humanity? It ended up being a young hacker shutting down the whole world's financial systems in order to reform and redefine the basis of our societies. It's a one man's inside job, using technology to change the world...forever...and hopefully for the better."