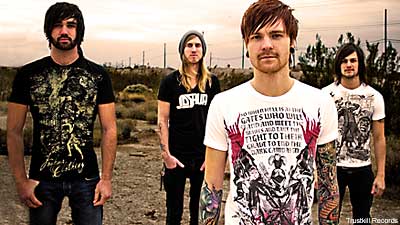 "We were so excited when we were asked to be on the 'Saw VI' soundtrack," Memphis May Fire vocalist Matt Mullins told Noisecreep. "We are all huge fans of the 'Saw' movies, so this is dream come true for sure! The lyrics of 'Ghost In The Mirror' fit the movie very well, so we couldn't have asked for a better theme for the music video. It's exciting to finally let everyone see the video the same week the DVD comes out. We're also stoked that the 'Saw VI' DVD includes this video, as well as Hatebreed, Suicide Silence and more. Come see us on tour with the Chariot!"


The song is a moshy, melodic metal anthem and the camera angles are quick and frenetic, suiting the terror that the victims endure. Memphis May Fire will spend March on tour with the Chariot. And for all your horrorphiles, the 'Saw VI' DVD is out now.