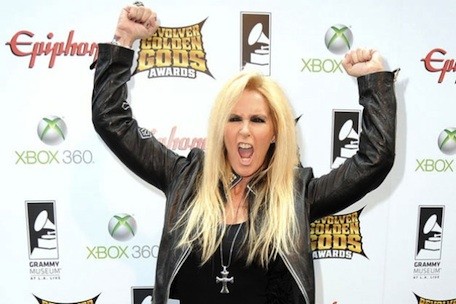 Lita Ford has had a remarkable and storied run in rock, and with her live album headed for release in October, she wants to connect with her fans in a unique fashion. The guitarist and former member of the Runaways is asking attendees of her shows to submit live shots of the band they took to be included in the album's poster and booklet.

"I did this live album for the fans, so I would like to include the fans' prospective of my shows in the album's artwork," said Ford. To have your photo included in the album, email the pictures to litasocialmedia@gmail.com.

Ford's 2012 release 'Living Like a Runaway,' is available as a double album, limited edition CD, standard CD, and digital download. Songs on the album include 'Devil in My Head,' 'Hate,' and 'Asylum.' The music video for the song 'Mother' was released last month and was directed by her Runaway bandmate Victory Tischler-Blue.

On Monday evening, Ford will play with the Les Paul Trio to honor the late guitar icon at The Iridium in New York City, and 20 percent of the ticket sales from the show will go to The Les Paul Foundation. The rocker is also heading out on the road for a few U.S. summer dates as well as stops in Sweden and Norway. Her schedule can be seen below.