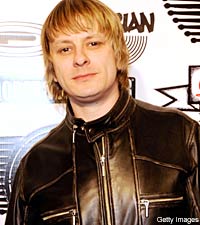 The rumors usually start this same time each year, and the rumors almost always end up being true. When Ozzfest was the summer's biggest rock tour, the rumors would start in the fall and run through much of the winter. But, its still early so at this stage, any suggestion of any band being on this summer's Rockstar Energy Mayhem Festival should be taken with a grain of salt. According to the PRP, Rob Zombie and Hatebreed are heavily rumored for the festival's third annual bill this coming summer. The site claims that more details will be announced shortly, but gave no timeline for when that might be.

In addition, Korn drummer Ray Luzier hints in a recent video interview that Jonathan Davis et al might anchor the 2010 addition of Rockstar. Of course, Luzier said nothing's definite, but apparently, that's the rumor he's been hearing. He also says that 2010 will be a very busy year for Korn, who are in the studio right now finishing up work on their ninth studio LP with producer Ross Robinson.

This summer, Noisecreep spoke with Davis about the forthcoming Korn disc, which is a return to the band's earlier sound.

"It's really like the old school stuff ... like the first two records," Davis says. "It's just going back to our roots, working with Ross ... It's just been amazing, and it sounds like nothing we've ever done. It's more in the vein of the first two records, and we're really excited about it. And working with Ross, it just sort of evolved out of us, naturally. He's got us going back to the old school-style of how we were writing, and how we all just sat in a room together and did all this stuff so. We're excited ... It's just how its been taking shape."