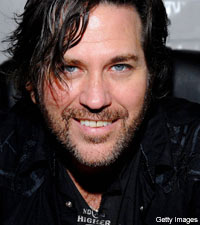 "A lot of bands have been doing the same song for 10 years, album after album," reflects Kip Winger to Noisecreep. "They think that's what their fans want to hear, and that's the brand name. OK, maybe they are right. A lot of them sell millions. To me, that would be sudden death. You'd have to put me down."

Kip Winger isn't exactly the kind of musician who likes to sit still. He's been working on a multitude of projects, including releasing a new Winger disc, an album with side project Blackwood Creek and composing classical music. That's right. Classical music!

"I've finally gotten myself to a place where I'm good enough. That was a really hard climb: being able to compete with other classical composers. That was really quite a challenge," Winger proudly admits.

But what about all those metal fans -- especially the ones from the '80s -- who feel that Winger's love for classical composition turns a back to the genre of music he helped make popular? Turns out, Winger never underestimates his audiences. Just don't expect to hear a concerto in the middle of the next Winger album.

"The close-minded people won't get it and they won't care," he muses. "From what I can tell, everyone is really into it. If you're open to emotional music, then you can listen to my classical music and be moved by it in some way. You can't underestimate the audience. I think it's bulls--- when people are like, 'Oh, they won't get it.' People get it. They do. As long as you're doing it with the auspices of what people know, I think people are open to it."

Winger tells Noisecreep he's already got three new classical pieces in the works. It's just making the music flow that takes the most time.

He said, "I'm stumped on one of them and it's driving me out of my mind. I wake up every morning at 5 AM and run the melody and try to figure a way out of it. It's a lot like a Rubik's Cube. You sit around and get a good idea and you have to figure out what to do with it and how to make it do what you want it to. That's really most of the battle."