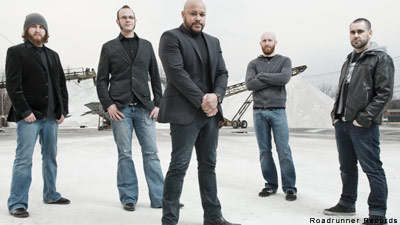 "I have played the previous 'God of War' releases,'" Killswitch Engage vocalist Howard Jones says of the upcoming game. "To be a part of this game in any fashion is amazing! Let the rivers flow red with blood; there is vengeance to bestow! Bring me more new finishing blows to my enemies!"

Listen to 'My Obsession'

To get your hands on a copy of the special 'God of War: Blood & Metal' digital EP, you can buy the ultimate edition of 'God of War III' and use your special code to download the tracks.

Don't game? You can pre-order the entire digital EP for only $1.99 via Shockhound. 'God of War III' will be released next month via Sony. Roadrunner Records will release 'God of War: Blood & Metal.'