When the new Rob Zombie flick Lords of Salem hits debuts April 19, theater-goers will get more than just a historic-horror flick. They'll also enjoy a soundtrack carefully crafted by guitarist John 5 and Griffin Boyce. The soundtrack marks the first time John 5 has scored an entire film.

"I've done a lot of work, for things like Baywatch and I'm educated in all style of music, but this movie has so much music in it, it's unbelievable," John 5 tells Noisecreep. "There's something like 62 cues. That's a tremendous amount of music for a movie. It was like making four albums."

The music is varied and sometimes, John 5 says he just needed to create a "mood" or atmosphere." This meant getting creative and thinking outside the box.

"There's a lot of violins, cellos, violas in soundtracks. I would take an acoustic guitar sometimes and use a violin bone to tune my guitar a different way to make it sound like a violin or a viola. I used very unorthodox methods to make it sound unique and cool. I'm so excited for people to experience this movie."

John 5 put his music talents to work with Zombie to collaborate on the new album Venomous Rat Regeneration Vendor.

"It took me a little while to learn that title!" laughs John 5. I'm so happy with the new record. It is something special and all the songs – I love it, love it, love it. It's doing really well. There's so many great songs on the record. The cover of "American Band" and there's "Lucifer Rising" -- I'm so excited. I can't wait to play it live."

John 5 loves to work and create music and he's being recognized for his talents. He's currently one of the nominees for Revolver Magazine's Golden Gods Awards in the "best guitarist" category. Unlike some musicians, he's not shy about the honor or nomination. In fact, he loves it.

"I think it's just a popularity contest and I really hope I win! It is important. I'm just sitting there, playing guitar. I play guitar all the time. So if anyone is reading this, I hope you vote for me! I'll really appreciate it! I wanna win. I love that stuff."

For anyone looking for a shot of drive and passion, looking to John 5 for advice makes sense. The guitarist has made his own luck and way in the music business from the beginning, not afraid to take risks and asking anyone and everyone he loves to collaborate. For John 5, continuing to grow and experience new things means getting the most out of life.

"For anyone checking out this interview, go after it, tackle your dreams," affirms John 5. "Otherwise, somebody else is gonna. I still go after certain things I want to do. I go out of my way. I was at this thing called the ASCAP Awards and Rod Stewart was being honored. I love Rod Stewart and I said 'Hey, I'm John 5!' I kicked his wife's drink over and it was a mess. His keyboard guy, Kevin Savigar, was there. He wrote 'Forever Young' and was in Rod's band forever – since the late '70s. I said 'Hey, we should write some songs together.' Fast forward, we have a song on Rod's upcoming record [Time] that comes out May 7. You gotta go after your dreams and do it. Go and do it."

John 5 will take part in the Rock Against MS benefit concert Wednesday, March 27 at the Whisky a Go Go. Tickets are on sale now. 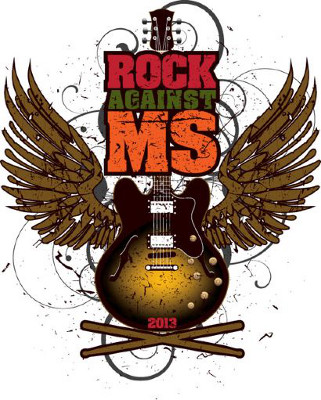