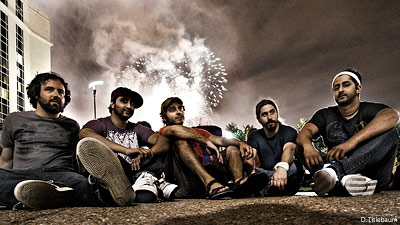 Irepress are entering into their 11th year together. But despite a decade-plus of togetherness and making metal, you may not have heard of the band, which plays an artsy, fusion-style of metal. Having sprung from the Massachusetts metal scene in the late 1990s, which was burgeoning with bands like Converge, Shadows Fall and Killswitch Engage, who were just getting their legs under them, Irepress are happy to admit that they never fit in with their peers. While most people struggle with their attempts to fit in with their surroundings, Irepress didn't waste precious time with such ruinous exploits. They just continued to craft artful yet aggressive music.

Drummer Sheel Davé told Noisecreep, "When we set out to write what would become 'Sol Eye Sea I,' there were no limitations to what we would attempt musically, but we knew we wanted everything to be big. Our main focus for the record was emotion and energy combined with what [bassist] Shan [Davé] describes as 'beauty and brutality.' This is what Irepress have always been about. We also try not to take ourselves too seriously and make sure we keep everything fun, from writing and recording to performing on stage." 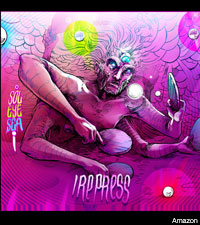 So just how does Irepress maintain the fun amidst such serious, complex music that is an acquired taste among listeners? Easy. With a sense of humor! Davé said, "When Chad Lenjer, artist of the 'Sol Eye Sea I' cover, asked us what we liked, my first response was 'ping-pong and disco.' We realize it's pretty rare to see a band that can be described as 'metal' with tons of neon purple in their artwork. We just don't give a f*ck." Irepress' 'Sol Eye Sea I' is out now on Translation Loss Records.