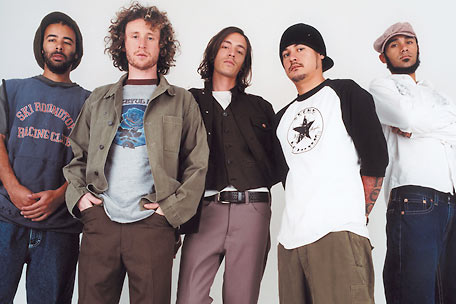 Incubus are slowly, surely, and steadily emerging from their hiatus and returning to the rock scene's consciousness. Today, the band premiered it's new single 'Adolescents' on Los Angeles radio station KROQ.

There is a teaser poston the band's website that name-checks the single, today's date and mentions 6 p.m. PST. Perhaps the band will release the song for the masses this evening? You'll have to go here to find out.

Incubus' new album, titled 'If Not Now, When?' is reportedly due out July 12th. The band also posted an update on the album, writing: "The long awaited 6th studio album from Incubus is completed! True to the Incubus legacy, this record is nothing like its predecessor, but still maintains the quintessential Incubus vibe."

We heard 'Adolescents' and we think it sounds like vintage Incubus. It's a melodic rocker that builds tension in the verse, which explodes during the unforgettable chorus. It certainly reminds us of the Incubus we've known and loved since 'S.C.I.E.N.C.E.' You can check it out here.

Filed Under: adolescents, incubus
Categories: News
Comments
Leave A Comment
Back To Top