Hatebreed vocalist Jamey Jasta has revealed the cover art and tracklist for his upcoming self-titled album, which also features guest appearances from members of Lamb of God, As I Lay Dying, Black Label Society and more.

'Jasta' will hit stores this summer on July 26th via eOne Music. A record many years in the making, the solo album is a very unique project for Jasta. Noisecreep recently spent the day with Jasta while he was in Los Angeles doing some early promotion for the record. "I didn't want to put these songs on a Hatebreed album since they are so different. I didn't want to mess with the formula of that band, but I really wanted people to hear this side of my writing," said the hardcore firebrand.

Check out the full track list and album cover art for 'Jasta' under the cut. 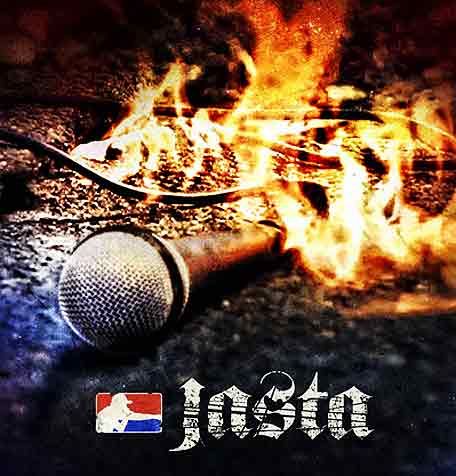 03. Screams From The Sanctuary

05. Anthem Of The Freedom Fighter

06. Something You Should Know (Ft. Phil Labonte of All That Remains)

09. With A Resounding Voice (Ft. Tim Lambesis of As I Lay Dying)

Jamey will be touring with Kingdom of Sorrow this summer on the 2011 Rockstar Energy Drink Mayhem Festival.