The underground music scene in New York was an intriguing place for a young person to land in the mid-'80s. At the time, there was a strong cross pollination going on between the city's hardcore punk and underground metal scenes with bands such as Agnostic Front, Cro-Mags, the Crumbsuckers, Nuclear Assault, Anthrax and Overkill managing to interest both the burr heads and long hairs to their shows. The results of this fusion had a highly influential impact that echoes around that scene both culturally and sonically to this day.

One kid who was caught up in this mix was Staten Island's Lewis Dimmick.

Dimmick was first lured to the New York hardcore scene by the fore mentioned underground metal bands. From there, he was a convert and attended every one of the infamous CBGB's Sunday hardcore matinees throughout the late '80s while playing guitar in one of the more underrated bands from that time frame, Our Gang.

Lewis recently put together a small book about his experiences on the scene at that time entitled, This Music – Pieces on Heavy Metal, Punk Rock & Hardcore Punk. The book consists of short, affective pieces that are both highly observational and deeply personal; much like the thirty second Hardcore songs Dimmick initially fell in love with. It will be published in May by the Queens-based record label, Wardance Records.

In between getting prepared for the books release and his teaching gig, Dimmick recently spoke with Noisecreep about the making of the book and the history behind it.

In a nutshell, give us a brief description of the plot of This Music. Also, let us know why you thought it was important for this era of music to be documented.

There isn't really a plot exactly. This Music is a collection of 32 short pieces on the music that inspired me throughout my life: metal, punk, and hardcore. I studied poetry at NYU and wanted to bring that kind of thinking to this project, a focus on small details, small moments, bringing them to life, like the first time I ever heard Black Sabbath, or the Dead Kennedys and Bad Brains, like the intense heat inside CBGB's at a Sunday hardcore matinee, or the feeling of writing a song for the first time. It's more of a personal account than a historical one, documenting different moments in my life that all have music at their center. 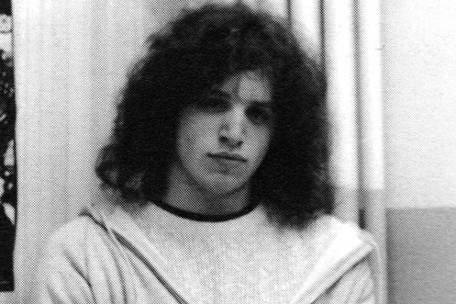 How did you graduate from hard rock to metal to hardcore? Who were the bands that were sort of the 'lillypads' between the genres?

I started out with AC/DC. My sister turned me on to them. Then I went searching and discovered Iron Maiden around 1982. I remember feeling proud to have discovered something of my own. I fell deeply in love with Maiden. They are still one of my favorite bands of all time. 1985 was a cool year because my two favorite bands were Iron Maiden and N.Y.C. Mayhem. N.Y.C. Mayhem was my introduction to underground music in NY. I ordered their demo through a fanzine called Mutilator and received a tape in the mail from the guitarist's address. Then I ordered another demo from that same zine, the Live Suffer Die demo from Nuclear Assault. I called a phone number listed for them in the 'zine and it turned out to be the singer's house. The same thing happened to me with the first Corrosion of Conformity album. I saw a phone number in there for shirts and stickers and when I called the number, it was the drummer's house. I got hooked by that. I found these bands appealing because not only were they making music that was every bit as great to me as Iron Maiden, but these were bands you could actually interact with, so there was an instant connection.

Once you got involved in the NYHC scene, who were some of the first people in bands or doing fanzines that you started to hang out with?

My closest friends were people like me, people trying to get their own bands going, people wanting to contribute to a small and unique music scene in our own city. In 1986 we weren't really hanging out with bands like Underdog and Warzone but seeing them at CBGB's and being really inspired by them. The main difference was that, if you wanted to, you could approach one of these guys outside on the street after a show. That would never be a possibility with a band like Iron Maiden. I was 100% for the concept of DIY. The idea that you could put out your own record, that you didn't need a big record label to do it for you, and the music was just as valid, if not cooler, being somehow more genuine, was all we needed.

All we wanted to do was create our own thing. It's kinda sad to say, but looking back, having hung out a lot at L'amour in Brooklyn before discovering CBGB's, a big difference between the metal and hardcore scenes was that there was an inherent feeling of brotherhood between the metal fans. Everyone was there because they loved the music and wanted to have a great time. In the hardcore scene, on the other hand, there was an inherent sense of conflict. Who was into hardcore longer? Who was tougher than who? Who was cooler? There was a lot of violence at CBGB's. Too many people seemed to have something to prove. There was none of that at L'amour. I never saw one fight.

When did you start to get 'the itch' to document these times in a book?

In January of 2012 I called Freddy Alva from Wardance Records and told him I was thinking of writing a book about moments in my life that involved music and asked if he would consider publishing it. Once he said yes I started writing that same day. It's a short book, 66 pages, that I worked on for a little over a year while also balancing teaching responsibilities. The funny thing is, I didn't bring it up to him again until I finished it. I'm a strong believer that if you're talking too much about doing something you're not actually doing it. So about a year later I called him up and said remember that book I mentioned I was interested in writing? Well, I wrote it!

Will there be a 'This Music II' or any other writing projects coming from you in the future?

I would like to write more about music but I don't have any concrete ideas as of yet. I've been working here and there on a collection of poems. I'd like to finish that one of these days. 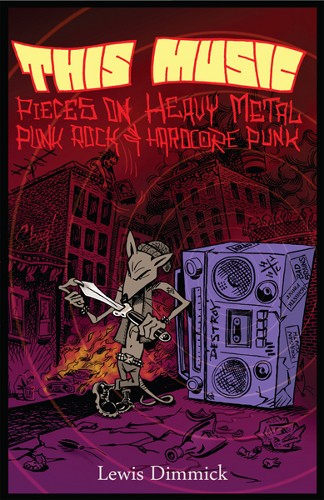 This Music – Pieces on Heavy Metal, Punk Rock & Hardcore Punk will be released in May by Wardance. Information on pre-orders, etc. can be found at the books' Facebook page.