Mike Vallely has no problems when it comes to busting his ass. He's been doing it for most of his 40 years, racking up time as a pro-skater, musician and actor and stuntman. He's even had a moment as a pro-wrestler. His biggest inspiration? Seeing a 1984 Black Flag gig in Trenton, N.J. in front of a crowd of 50 people.

"Black Flag couldn't have happened in my life at a better time, says Vallely. "I was 14 and I liked the idea of punk rock. It represented independence. I had also just gotten into skateboarding at the time, which also represented independence to me. I was feeling pretty alienated by everything around me but I still had this lust for life, this inner drive. Black Flag tapped into that. It was the moment that my life became full-color."

Cut to 2003. Vallely - who had met Black Flag's guitarist and brain trust Greg Ginn when his band, Mike V. and the Rats, opened for Ginn on a few of the iconoclastic guitarist's solo shows – was onstage at Hollywood's Palladium leading a reunited Black Flag (actually Ginn, a drummer and a pre-recorded bass-track) through the entirety of Flag's mind-decimating My War album. He pulled off former Flagger Henry Rollins' life-of-pain vocals like a motherfucker.

"When Greg asked me to do that show. I said yes immediately," Vallely recalls of the gig. "I gave it my all from rehearsals to the actual show. At the end of it, Greg and I shook hands. He reiterated to me that the next time he was going to do music that had vocals to it, he was going to give me a call."

That call came nine years later, during which time. Ginn (who no longer does interviews, preferring the music to speak for itself) finally emerged from years of instrumental and electronic music, deciding to pick up the guitar again. His intent: creating new music with Vallely, who had also been playing the Flag worshiping Revolution Mother. That became the foundation of a new band called Good for You. "Greg's got a lot of diverse interests musically," states Mike about Ginn's reemergence into rock music. "And he's got a lot of music in him. It was time for him to pick up his guitar again."

Listen to 'It's Just Business' from Good for You

Life Is Too Short to Not Hold a Grudge, Good for You's debut LP (released on Ginn's SST label) should will surely appeal to fans of The Flag (the Black one, that is). It's got all the earmarks of latter Black Flag: songs that brim with anger, disillusionment and resolve. Topped with Vallely's Rollins-y snarl songs like "Hanging Around" or "Knife in the Face", Good for You's debut album has all the earmarks of the calculated discord that is Greg Ginn.

"When the music was first presented to me, I wasn't quite sure what I'd be getting," Vallely recalls. "I knew it would be progressive and forward looking. But Greg's guitar sound and feel is what it is. I was definitely present surprised where it ended up."

Like Ginn, Vallely has also kicked against the pricks of the mainstream when it comes to his passion: skateboarding. At the age of 16, he ditched high school to skate professionally for Powell Peralta. Over the years, Mike became dissatisfied and disenfranchised with the state of the skate industry. That was enough to fan the Vallely's flames start his own company, Elephant Brand Skateboards. It's product is rad: officially licensed Black Flag and Dimebag Darrell decks not to mention his trademark Jersey Devil and Natas Street Axe models. It's creed is simple: "100% Skateboarding for love - For Fun. No rules, no divisions, no school. Just a skateboard as a paintbrush and the world as an empty canvas."

"I couldn't relate to what was going on in skating anymore," Mike recalls. "I didn't want to simply take a paycheck anymore and behave like a mercenary. I didn't believe what a lot of these companies had become. They were only interested in supply and demand. Everything had become a seasonal ad campaign. There was nothing sacred about skateboarding anymore. It had become a tool to make a bunch of publicly traded companies look cool. It's heartbreaking."

Vallely admits that his influences stretch beyond the grinding concrete or screaming his lungs out. "I loved Evel Knievel, Not so much the adrenaline rush daredevil kind of thing. More so, the showmanship. The commitment. What Evel Knievel stood for. I was excited about physically doing things that other people couldn't do or wouldn't do."

He does admit there's a common thread that runs through his multifaceted career.

"If I had to define myself, I would say I'm a skateboarder. To me, that term is a very broad thing, a very open thing. It encompasses everything that I creatively value in my life. Self-expression. My music. To me a skateboarder is an artist. Starting Elephant really did bring that into focus for me." 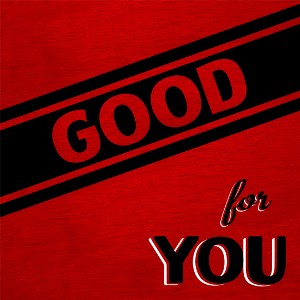 While Black Flag's vehement DIY ethic is still at the very core of his being, Vallely admits that Greg Ginn reforming his version of Black Flag (with Ron Reyes on vocals) was a surprise at first. "When Greg first presented it to me, there was a small piece of me that wanted to have this knee-jerk reaction: 'What the fuck, man!' But the second that thought crossed my mind, I realized that from knowing Greg, his mentality about it was simple – this is who he is and this is what he has to do. It's 100% about the music. In the 80's he wasn't just playing in Black Flag. He played in a lot of bands."

Expect Good for You to open many of those Black Flag gigs. Ginn will be pulling double duty playing in both bands. If nothing else, this skate-legend is stoked." I can see the energy that's ramping up. I'm glad to have a front row seat." 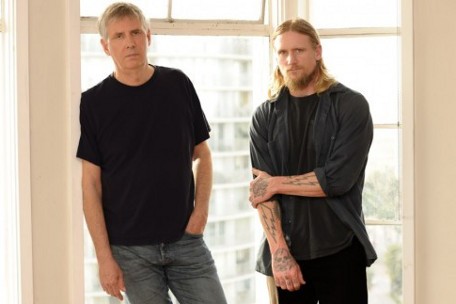 Good for You's Life Is Too Short to Not Hold a Grudge hits stores tomorrow (Feb. 26) and is available at this link.