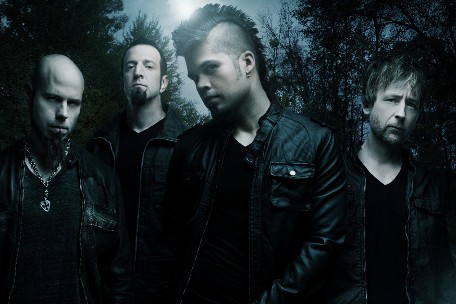 The Dallas-based metaller known as Drowning Pool first struck paydirt in 2001 when their "Bodies" single had its way with rock radio stations throughout the globe. Now featuring former The Suicide Hook singer Jasen Moreno, Drowning Pool – to quote the mighty Dokken – is back for the attack!

Teaming up with producer Kato Khandwala (Cold, Four Year Strong) at House of Loud Studios in New Jersey earlier this year, as well as John Feldmann (The Used, Story of the Year), Drowning Pool is currently putting the finishing touches on their as-of-yet-titled fifth studio album.

Since we're impatient over here at Noisecreep's West Coast office, we've teamed up with Drowning Pool to bring you the exclusive premiere of their new song, "Saturday Night."

"The question I am most often asked is 'What's life on tour like?' This song is my best description of a typical day on the road," Drowning Pool bassist Stevie Benton tells Noisecreep about "Saturday Night."

Drowning Pool will release their fifth studio album in early 2013 via Eleven Seven Music. Catch the band live at one of the following cities and make sure you follow them at their often hilarious Facebook page!