David Draiman is a man of many talents. Besides fronting arena metallers Disturbed, he's also a gifted producer who is currently working with Trivium on their next album. But the project he's most excited about these days is Device.

The new band featuring Evanescence drummer Will Hunt and Dope axeman Virus, will be dropping their hotly tipped debut album on April 9. Draiman co-wrote and recorded the album with former Filter member Geno Lenardo. A marriage of industrial and hard rock, Device has one foot in the Wax Trax scene of the early '90s and the other firmly in the arena-ready rock of today. This is killer stuff.

"I'm very excited about this record. This time, all of the elements were much more in my control," Draiman told Noisecreep about Device earlier this year. With an album boasting so many melodic hooks and huge vocals, it's no surprise the group is nominated for the 'Best New Talent' at the upcoming Golden God Awards.

Noisecreep is psyched to bring you the exclusive premiere of the entire Device album!

Device's self-titled debut album will arrive in stores on April 9 via Warner Bros Records. Catch the band on tour in one of the cities below. 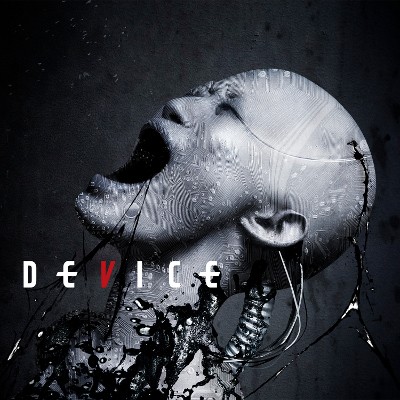 **with Gemini Syndrome and Nonpoint