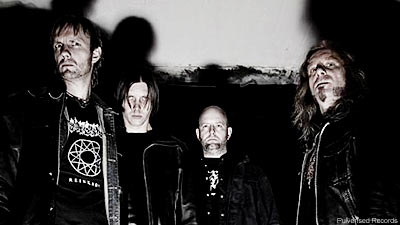 As part of the Stockholm, Sweden metal scene alongside Entombed and Dismember, Desultory released three full albums and an EP before dissolving in the late '90s. Now the band is back and ready to release its first album in 14 years, 'Counting our Scars.'

The album was was recorded, mixed and mastered by Tore Stjerna at Necromorbus Studio (Watain, Unanimated, Deströyer 666) in Alvik, Sweden. Song titles include 'Counting Our Scars,' 'In a Cage,' 'Ready to Bleed,' 'This Broken Halo' and 'Uneven Numbers.'

"This music once shaped us and the marks it left will forever keep itching," said vocalist Klas Morberg. "Desultory never died; it just went down deep below and beneath the surface and it slowly kept growing. Throughout the years, there are many of you out there who never stopped waiting, asking the same question over and over. Now when we finally meet again, 'Counting Our Scars' feels like liberation; the bleeding is over. This album is for all of us who never stopped waiting."