Metalheads are some of the most devoted music fans on the planet. Not only do we voraciously devour new music like no one else, we also can't enough information about the artists we love. Now more than ever, it seems like there's a press release on floating around every other week about a heavy metal-related book hitting stores. It's a testament to the legions of people who follow the kind of music Noisecreep covers.

Since there are so many fantastic books about metal to choose from, we've decided to put together a list of the top 10. As you'll read below, there's everything from the essential guides to a photo book and a few biographies. While Noisecreep admits these kinds of lists are always subjective, we assure you that the books we picked below are mandatory reading no matter what other titles you think we might have missed. 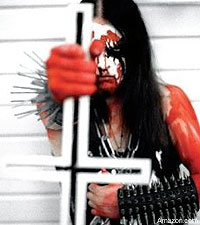 So you walk into your local bookstore, and there he is -- Nattefrost of Carpathian Forest covered in blood and full black metal makeup, thrusting an inverted cross in your face. 'True Norwegian Black Metal' is undoubtedly the most kvlt coffee table book ever made. Weighing in at over four pounds, this collaboration between the hipsters at Vice Magazine and powerHouse Books is gorgeously laid out in thick, full-color pages from start to finish.

American documentary photographer Peter Beste spent eight years hanging out and taking photos of the black metal scene's most controversial figures. We've all seen photo shoots from groups like Emperor and Gorgoroth before, but never like the way Beste captured these artists. There are tons of behind-the-scenes shots where you get a different perspective of these normally guarded musicians. There's one photo of Darkthrone's Fenriz hanging out at home that sticks out immediately. It's the kind of mundane thing you wouldn't usually care about, but in the context of this book, it grabs your attention.

Even the standard 'black metal dude in the forest' stuff is on another plane. His command of lighting and voyeuristic shooting style is as cinematic as the music the subjects in the photos live and breathe for. Beste's access to this famously insulated world lends 'True Norwegian Black Metal' an authenticity that couldn't be faked. 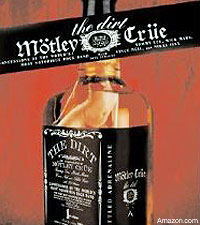 'The Dirt: Confessions of the World's Most Notorious Rock Band'

At this point, most of you reading Noisecreep have probably already read 'The Dirt.' When it was released in bookstores almost a decade ago, it caused a stir in the media for its revved-up tales of debauchery and overall mayhem. It tells the true story of Mötley Crüe's formation, rise to hard rock royalty, and self-imposed crash. Though all four original members lived their lives dangerously, it was bassist Nikki Sixx and drummer Tommy Lee who took their personal excesses to new levels of lewdness. Rock historians usually point to 'Hammer of the Gods,' Stephen Davis' book about Led Zeppelin, as an example of a band losing itself to depravity, but 'The Dirt' proves that Vince, Tommy, Nikki and Mick, had everyone else beat. 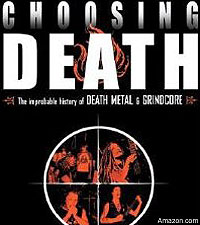 'Choosing Death: The Improbable History of Death Metal and Grindcore'

Whether you are a casual or fervent death metal fan, 'Choosing Death: The Improbable History of Death Metal and Grindcore' needs to be part of your reading collection. It's the kind of book you'll find yourself constantly going back to reference when listening to everything from grind to crustcore. Written by Decibel magazine's Albert Mudrian, 'Choosing Death' is exhaustively researched, but it's the pacing that brings everything together. With so many subgenres and bands littering extreme metal's history, it would have been easy for the book to be bogged-down by details. But Mudrian pays just enough attention to the footnotes, while shining a light on the more important artists and moments in the book. 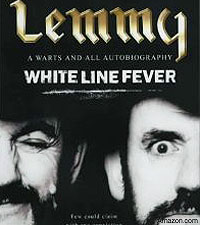 By Lemmy Kilmister and Janiss Garza (2004)

They say when the world finally comes to an end, the only living beings left will be Keith Richards and Lemmy Kilmister. The Rolling Stones badass is reportedly working on his autobiography, but Motörhead's Kilmister beat him to the punch years ago. 'White Line Fever' is just like the guy who wrote it; in-your-face, unapologetic and downright hilarious. Anyone who has seen or read a Lemmy interview already knows how engaging he is, so just imagine how much fun an entire book of his life experiences must be. 'White Line Fever' never disappoints, and we wouldn't be surprised if it gets made into a motion picture someday. Lemmy's colorful life sure warrants the attention. 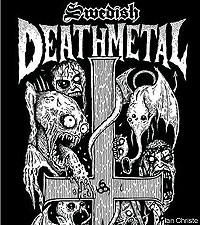 Daniel Ekeroth is just like your buddy that goes to see Amon Amarth with you anytime they're in town, but the difference is, your friend doesn't own every Intoxicate demo. As exhaustive a history lesson as the book is, 'Swedish Death Metal' ultimately reads like a love letter to Sweden's fertile extreme metal underground. The fact that Ekeroth grew up in Sweden, in the small town of Avesta, and came of age during the genre's early days (late '80s), lends the writing the kind of firsthand knowledge most historians can't touch.

Not only does the author give us the insider word on the scene's legendary bands (Entombed, At the Gates), he also digs deep, and shines the light on lesser-known acts (Desultory, Liers in Wait), some which never even recorded proper studio demos. In terms of a book like this, 'Swedish Death Metal' works on every level. Not only does it work as a reference guide, it's also an entertaining read that never gets bogged-down by its sharp attention to detail. With this book, Ekeroth became his country's leading metal ambassador, and in the end, 'Swedish Death Metal' is just as essential as the best albums he talks about in it. 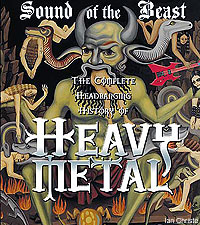 'Sound of the Beast: The Complete Headbanging History of Heavy Metal'

We've profiled Ian Christe in Noisecreep before, so you already know how much we support his work. The renaissance man not only runs the busy Bazillion Points publishing house, he also finds time for television appearances, and writing books. Originally released in 2004, and now translated in several languages, 'Sound of the Beast' is an exhaustive work where Christe gives the reader a rundown of the important subgenres of heavy metal, and the riveting history that ties it all together. Like Albert Mudrian's 'Choosing Death,' you'll find yourself reaching for 'Sound of the Beast' long after you finished it. It's chockfull of the type of nerdy tidbits that metalheads live for. 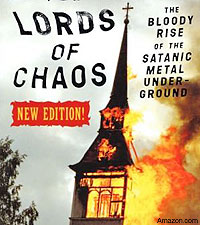 'Lords of Chaos: The Bloody Rise of the Satanic Metal Underground'

By Michael Moynihan and Didrik Soderlind (1998)

Betrayal, Satanism, murder -- it sounds like the recipe for a low budget horror movie, but the stories that make up 'Lords of Chaos' are sadly true. Written by award winning journalist and industrial musician Michael Moynihan, the book is his account of the early Norwegian black metal scene of the early '90s. Mayhem, Emperor and all of the other expected names are included, and the author does the rich history of the scene justice, but it's the sensational accounts of church burning and violence that made 'Lords of Chaos' such a smash in bookstores all over the world. It's a classic page turner that will suck you in from the very first chapter. 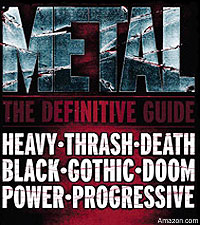 There are tons of books in print that have tried to act as definitive guides for heavy metal. Anyone who listens to this stuff knows that it's virtually impossible to rope in every metal genre into a single book. Though you won't see a page dedicated to 'gore-grind' in 'Metal: The Definitive Guide,' it's still the closest anyone has ever come to an all-encompassing encyclopedia on metal. Written by Garry Sharpe-Young, a veteran rock historian and founder of the excellent MusicMight.com (formerly known as RockDetector.com) database, 'Metal: The Definitive Guide' is handy book you can keep on your coffee table for easy referencing. Stuffed with biographies, memorabilia, and detailed discographies, you would be hard-pressed to find a better book of its kind. Sadly, Sharpe-Young passed away in March of this year at the age of 45. 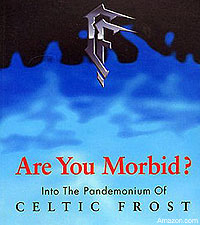 Who better to tell the story of Celtic Frost than founding vocalist/guitarist Thomas Fischer? Released in 2000, 'Are You Morbid?' gives you an inside look on the career of one of underground metal's most trailblazing masterminds. From his early days in Hellhammer to the disappointment of Celtic Frost's 'Cold Lake' album, Fischer lays everything out for the reader to take in -- warts and all. It's been out of print for some years now, but even if you find someone willing to sell you one, you should really invest in a copy of 'Are You Morbid?' 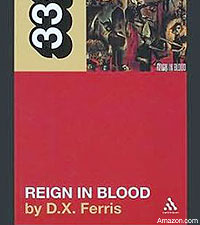 People often cite Slayer's 'Reign in Blood' as one of the top three metal albums of all time. Based on that distinction, you would think that someone would have written a 500-page tome analyzing its genius already. Surprisingly, it took over 20 years for a 'Reign in Blood'-centered book to hit stores. Thrash expert and journalist D.X. Ferris does all the necessary footwork needed for a project like this. He includes tasty biographies of the people involved with the album, and he also interviewed most of the key players including everyone from cover artist Larry Carroll to producer Rick Rubin. If you think you knew everything about Slayer already, one quick glance through 'Reign in Blood' edition of the '33 1/3' series will put you in your place.