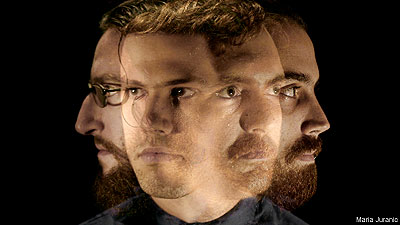 For the astutely aware, a Cleric full-length has been something of a long wait. But for those unaware of a band with this kind of dynamic compositions, please read on as well. 'Regressions' is the first proper long player from the Philadelphia-based act, who've released two self-produced EPs and the much-praised two-song 12-inch 'Cumberland.'

Produced by Colin Marston (Dysrthymia, Krallice) at The Thousand Caves, 'Regression' boasts 10 full tracks of the band's own mix of extremes hushed by moments of ambience, which over the years left many confounded when it came to explaining Cleric. Plenty have opted to point at Fantomas and early Dillinger Escape Plan as references.

Formed six years ago, Cleric have brought their interactive lacing of sound beyond the stage to the arena of film scores. In 2007, the band was given the chance to play a live one at the Rock and Roll Hall of Fame. The foursome was also nominated for Best Music at the AVN Awards the following year.

According to the band, their intention in music "has always been to craft a sound that is overwhelming with respect to brutality and composition, while avoiding technical clichés or any one genre's aesthetic." They promise that elements of grind, metal and doom all get a fair shake on 'Regression,' which is due out April 27 on Web of Mimicry.