Megadeth has always had a legacy of talent, triumph and tribulation. Every former member has a litany of tales to tell and guitarist Chris Poland is no exception.

Alongside of Dave Mustaine, Poland helped define the sounds of modern metal with 85's Killing Is My Business...And Business Is Good! and 86's Peace Sells...But Who's Buying? A year later, the guitarist was fired from the band in flurry of hard drugs, pawned equipment and internal squabbling.

When he got clean and came up for air, Poland realized it was music he loved: not simply metal. 1990's instrumental solo album Return to Metalopolis showcased not merely fiery rifferama but Poland's knack for jazz-fusion, proving there was a ton more depth to this so-called godfather of thrash. Since then, he's further delved into fusion with his own instrumental trio, OHM, the saxophone-driven jazz group PolCat and a collaboration with members of the Jam group Umphrey's McGee fittingly named OHMphrey.

Noisecreep caught up with Poland at his day-gig, managing LA's largest band rehearsal complex, Downtown Rehearsal, to catch up on his life, his music and of course...Megadeth.

After you left Megadeth in 1987, what did you do for work?

When Dave and me first had it out and I got a letter that said, 'We no longer need your services.' I needed a job. I bused tables at Denny's. I would be busing tables at two in the morning and there would be these metal guys who would come in. They'd be like 'You're Chris Poland from Megadeth! What are you doing here?'

You released your first solo album, Return to Metalopolis, in 1990. It's still a very well-regarded album. What do you personally think of it now?

That record was a lot of fun to make. If I could go back in time, I would have gotten a real bass player. That's me playing bass on it and it's just root notes which in retrospect wasn't enough. I should have called (David) Ellefson but at that time there was still some bad blood. It was a catharsis for me. It was everything I wanted to do in Megadeth but never got a chance to do. Dave (Mustaine) keeps the writing very close to his heart. You might get a harmony here or a section there but it's mostly Dave.

Listen to 'Return to Metalopolis'

In 1990 you played bass in the Circle Jerks. What was that experience like for you?

I was in the band for about a year. We did two tours and that was the first time I ever came home with money from a tour. After all those tours with Megadeth, everyone would think: 'Oh man, he's coming home with bank.' I came home with nothing. None of us did. You had to have a bus, two Ryder trucks and a crew. By the time we got home we were always in debt.

After that, you started a band called Damn the Machine. You guys signed to A&M but ultimately nothing happened. Why?

I just think if we weren't on a label that was going through so much turmoil things would have ended up differently. They dropped us, Extreme and Paw. Al Cafaro (former CEO of A&M) just wasn't into it. If he wasn't into it, you're gone. I think we had our own sound. I really love (frontman) Dave Clements' lyrics. He was a really good guitarist and songwriter but I felt he was an inconsistent live singer. I think that's what our Achilles heel was. 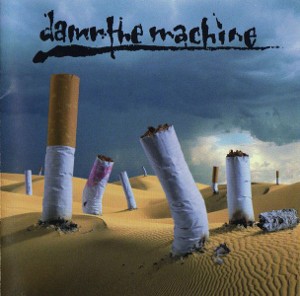 It seemed like you were exploring progressive rock and metal early on. With bands like Between the Buried and Me or Coheed and Cambria, it seems like that style has only grown more popular. Do you agree?

I don't know. When you start playing, you inevitably get better and start writing music that's more challenging. People call it 'Progressive.' Shit, Megadeth was progressive. If you were going to sit down and play a Megadeth song, you have to be pretty good. That's how it works. You just get to the point where you have to challenge yourself.

You've been playing instrumental music for a very long time. Are you familiar with the current crop of instrumental bands like Animals As Leaders or Scale the Summit?

No, I'm not. I've got so much going on with OHMphrey, PolCat and Ohm. I have another thing going on which is called Insomniaddict, which is kind of like Ministry and I get to do my thing over the top of it. I don't have a lot of impetus to go see bands and listen to a lot of music. I have a 4-year-old daughter named Kahleigh and I'm married. Between that and running these studios, I'm lucky if I get five hours of sleep a night. I don't have time to listen to music. I'm trying to write music.

You were asked to record solos on the 2003 Lamb of God album As the Palaces Burn because the band are big fans of yours. What did you think of band when you first heard them?

When Chris (Adler) sent me that track over, I thought, 'This is going to be cool.' I heard the track and it was like my world was in slow motion compared to Lamb of God. The way I looked at it was that they took Megadeth to the 10th power. Just trying to keep up with the drums was a challenge. I was just surprised at how good that band is.

Then, a year later, you were playing on The System Has Failed, a Megadeth record.

Being in the studio with Dave again was a lot of fun. One of the biggest reasons I did that was Vinnie Colaiuta was the drummer on that record and I loved his playing. As far as working with Dave again, it was great; it was just like I was back in Megadeth.

Have you been asked to go back?

Dave has a certain visual thing he has to have with the band and I don't fit that anymore. [laughs] I was asked back 2 or 3 times but that was a long time ago. When I first left the band, it was ugly. Mostly over money. It felt like me and Gar (Samuelson – Megadeth's original drummer) were left in the dust. So finally, when Dave asked me to join the band again, I said that the only way I could do that is if you could take care of me and Gar for our part of what we did in the band and he did. I thought about it. At the time, I had a deal already with Enigma Records. My manager at the time said 'Are you sure you want to walk back into Megadeth? You just got clean. Or do you want to make your solo record and do your own thing?' I said to myself, yeah, I'm going to do that. Even though at the time, Dave came forward and said he was going to take care of me and Gar. At the time, he said that Marty Friedman wanted to do it. I told him: 'Then I think Marty should do it.' Granted, I can have a house in Malibu now. I have a house in Glendale and I struggle but I do what I want and no one is telling me what to do.


You manage Downtown Rehearsal which is the biggest band rehearsal complex in LA. How did you fall into that?

I've been doing this for fourteen years. You know how the music business is. I needed to have something to pay my mortgage and feed my daughter and my wife. I gave them ten years of rent just practicing there. My Megadeth checks started getting smaller and smaller. I was like 'Y'know what man, I need to get a job.' I walked into the guy I was giving rent to every month and I told him 'Let me start working for you.' He said OK. Two months later, he said that they were going to build a 210-room space and asked me if I wanted to manage it. That's how it happened.

You must hear some amazing stuff just walking through the halls there.

There are a lot of great bands that have come out of here: Foster the People, Dino (Cazares) is here with Fear Factory and all is side-projects like Asesino The Melvins are here. (The Melvins) made four records in two months here. They rented one of our big rooms and came in and recorded. Those records sound great. There's a lot of great bands here of every sort of genre. You walk down the hall and it's like you're in a record store but can't buy the record.

I get up; I make Kayleigh either an omelet or an egg over easy on toast. Then my wife takes her to work. I come to work. I see what I've got to do on the studios. Around lunch, I'll either try or mix something we recorded the night before or maybe put in a new effect in my rack. Then I go back to work and take care of anything else I've got to do and then if we're going to rehearse or record I don't go home. I just call my wife and my daughter and say goodnight. I don't get home until one and don't fall asleep until two. That's the way it's been the past four years. I drink a lot of coffee.

What does it feel like when someone recognizes you from Ohm or Megadeth?

It's always about Megadeth, man. I don't mind. It was a great band. Shit, I was in a band that started an entire genre of music. 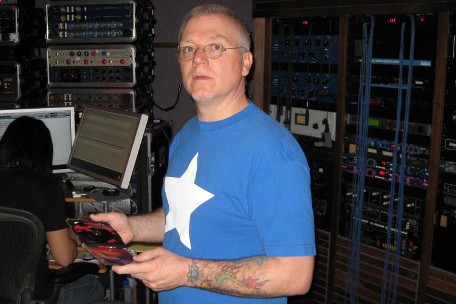 Get more info on Poland and his various musical projects over at his official site.