Seth Hecox of Becoming the Archetype will be on tour a lot in support of I Am, out Sept. 18. He is clearly someone who knows about living life on the road, since the band tours often, so we polled him about the 10 items he must have on the road with him. Some are very obvious, fairly common, and digital in nature, like the iPhone and a computer. Underwear is also an essential. But Roget's Thesaurus? Really? That's up there with lots of clean undies? Yep.

Find out why Hecox, a noted baseball fan who has shared his MLB predictions with Noisecreep before, needs a thesaurus and more on tour.

I had an old flip phone all the way up until December 2010 (so until a year-an-a-half ago). I was handling all of the booking /management/mom-and-dad responsibilities for the band, so there was a lot of responsibility that my phone wasn't helping me handle. If you remember, you have a small amount of memory and have to regularly delete all your old texts and whatnot. Well, I was convinced to change after we toured with Living Sacrifice and told them the story about how with T9 prediction, sometimes words get changed into what you didn't mean and how when I texted a promoter to ask if there were "any kids at the show" (we were running late), I accidentally sent "Are there any boy kids at the show?" Freudian slip, perhaps?

I always bring at least two books on the road with me, sometimes three. One is always a novel. This is usually a Stephen King book or CS Lewis book. One is almost always a non-fiction book. This is usually a book explaining superstring theory or some aspect of quantum physics. If I have a third book, it's usually something comedic: Calvin and Hobbes (my favorite comic of all time) or Dilbert or something like that.

Used to be my laptop, now it's my iPad. I have to have something I can watch, uh, stuff on. Like music videos and stuff. Right?

I used to wear contacts. Those things suck. If I wanted my eyes dried out, I'd stare at a fan all day. Instead I have gigantic glasses that aren't a fashion statement -although NBA players seem to think they are- but are simply practical. They were the cheapest frames at Walmart ($9) and they cover my entire field of vision. Because nothing's worse than looking at something clearly, then turning your head and it being blurry. Okay, some things are worse, but not many.

Watch I Am Album Teaser

Eating on the road makes you fat. It's a truth any band dude can verify and there's nothing you can do to prevent it. But there are things you can do to minimize it. So I bring soups and heat them up at truck stop microwaves. I bring granola bars and smack and crunch through them as loudly as possible. I hate my bandmates being at ease in the van. Don't want 'em to get too comfortable and lazy.

This one should be obvious. It's not? Let me explain: We sweat profusely on stage. As in, usually we ring the sweat out of our shirts after our sets. Now imagine what our underwear is like.

Because nothing's worse than playing a high-stakes game of Solitaire Synonym List Extravaganza and forgetting that "adumbrate" is a synonym for "obfuscate."

For all those moments when bandmates are listening to the new record by Worst Band Ever. Which is all the time.

I rarely jog on tour, but it's important that I have a constant reminder that I'm getting fatter and more out of shape and there's nothing I'm willing to do about it. Except occasionally eat Wheat Thins instead of candy bars. It never works for some reason.

They keep my life in order and help me organize my thoughts and plans. I constantly make lists and occasionally even turn my interviews into lists. Wait... 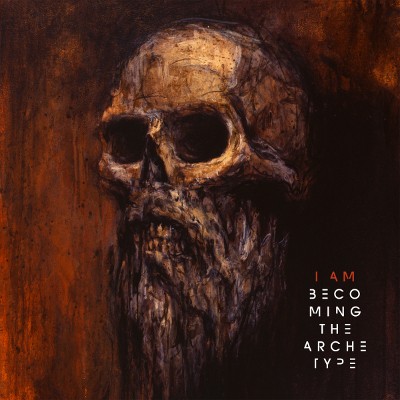 Becoming the Archetype's new album, I Am, will hit stores on Sept. 18 via Solid State Records. Pre-order the album at this link.