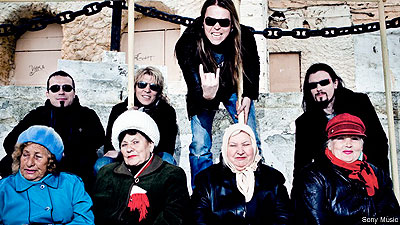 Finland cello-based quartet Apocalyptica will perform a run of North American shows to support their upcoming seventh album, '7th Symphony.' The tour launches May 21 in Nashville at the WBUZ Hootenanny and runs through July 17 with a headlining show at Buffalo, N.Y.'s Town Ballroom.

"The songs are more diverse because the guest singers are very different. We did more co-writing with the band instead of me doing mostly everything," says cellist Eicca Toppinen. "Also, the songs are more organic sounding and there are more dynamics as well. And the instrumentals sound more full and orchestral. We can't wait to play some of these songs live."