Okay, so this is getting weird. As Noisecreep reported last week, it appeared as if the official Aerosmith website (www.aerosmith.com) had been hacked when a strange image (posted below) was the only thing that could be seen on the site for a day or so.

Noisecreep reached out to Aerosmith's publicists to ask if it was part of a campaign for the group's upcoming album, Music From Another Dimension!, which comes out on Nov. 6, or if maybe the site had been hacked or compromised. They were not sure, we said we'd follow it, and so we did.

Yesterday (Oct. 30), after several days of the site returning to normal, the unidentified image had returned, accompanied by a letter from what appears to be an upstart band in need of a little attention.

The letter -- riddled with typos -- starts:

"Look. This was not easy for us to do. Okay, technically, it wasn't too tough. That's not what we mean. It was a tough decision to make as a BAND because we know we're causing you some headaches right now, and we love you guys. But what is an unknown band supposed to do today? How is a band supposed to get noticed?"

Naturally, Noisecreep had questions about all of this and were able to make contact with Aerosmith frontman Steven Tyler to talk about it.

Tyler, who flew into Boston just hours ahead of Hurricane Sandy, was back east in preparation for some promotion surrounding the new album.

Steve, what can you tell us about the band's official website? Is it part of the promotion for the new record? Have you been hacked? What do you know?

You know what? I've been asking everyone else. I really don't know. At first I thought it was my web guy. I saw the "arms up" picture last week and thought, shit, that looks pretty cool, what are we doing? I like this! And he had no clue. So then I heard from some of the other guys in the band that somebody might have hacked us. It's what happens today, right? Your album gets bootlegged. Your site gets hacked. This is the modern world.

But then that note turned up.

Right. I read it yesterday and I'm thinking, I don't trust anything. What is going on? So I call the guys in the band. I thought they were putting it all on. They know nothing. I say to Joe Perry,

'Joe, it's a band, it's your kid's band, right?' They are doing this to get attention. He checks it out and says no, it's not them, he's positive. So I'm thinking great, here is some band that read our book and now they are holding us hostage. I cannot figure this out.

Here is the image that showed up on Aerosmith's website: 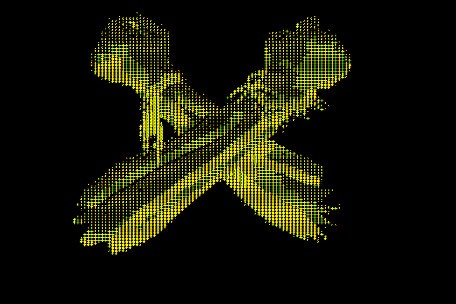 You really don't know what is happening?

I can't figure it out, no. But I'll tell ya - they got the balls. I see a stunt like this and think, if this is really a band, then all I want do is hear their music. And if they suck I'll kick their ass and maybe sue them. Or if they kick ass maybe I'll sign them [laughs]. All I ever wanted to do was get my foot in the door – that was the mission of Aerosmith. So I look at those words they wrote and I get it. But I want to know what is going on and we'll get to the bottom of it.

Hell yeah. It's rock 'n' roll. We made it back in the day by working our asses off and taking chances. And it was a different world then. "Sweet Emotion" was on a fucking album – it was not a single. People lived for albums back then. We all did. To wait a month for a new album was to wait forever. So maybe these kids, if its kids, and other young bands, will start trying to bring rock 'n' roll back. That' what we did with the new record. Focus on the grooves, the songs and the attitude – the rock and the roll. And we need new bands to come and do that today so hell, we'll see what these kids have got.

You've got a special event in Boston next Monday.

Yeah, we're getting a plaque outside a place where we lived together at the beginning of the band. And I'll say it right now; we need to remind Boston that we come from Boston so we plan on making some noise that day.We're going to rumble. It's gonna be fucking loud. 8.5 on the Richter!

And you and your family were okay through the hurricane?

Yeah, here in Boston it didn't hit as bad as other places, some big winds came through though. And my daughters, Liv and Mia, who live in New York, are okay, thanks.

Watch 'What Could Have Been Love' Video

Aerosmith's 15th studio album, Music From Another Dimension!, will hit stores on Nov. 6 via Columbia Records. Pre-order the album on iTunes today!