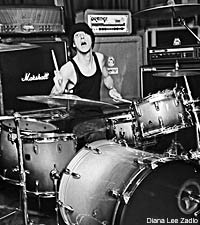 The night before Thanksgiving is a terrible time to book a show -- everyone's out of town or is already parked on their sofa or in the kitchen getting ready for the next day's feast. Unfortunately, the show must always go on, and if you're a touring band with the distinct lack of fortune to land in a major city right before a national holiday, well, time to suck it up!

Fortunately for Nashville transplants Across Tundras, though, Philadelphia was in the mood to get high on riffs before getting loaded up on triptophan, as their gig with Sea of Bones, Monolith, and Bubonic Bear at West Philly's Millcreek Tavern on Nov. 25 made clear.

Two-man wrecking crew Bubonic Bear started things off with a (very, very loud) bang, churning out an army of ominous doom riffs and ear-shattering noise between a wall of amps and a wall of bodies. A scheduling snafu cut their set down to nearly nothing, but 20 minutes is all you need to fall in love or flee in terror from this ferocious duo.

Conneticut doom crew Sea of Bones were restricted to one song, but what a song it was! Creeping death and glacial funeral doom, injected with quiet moments of dreamy post-rock and helmed by a double bassist attack left eardrums bloody and amplifier worshippers happy filled 20 minutes. Across Tundras brought comparatively lighter fare to the table with their sky-scraping, psychedelia-tinged post-metal, tempered as it was with an unabashed Western twang, doomy sensibilities and colored by prairie suns. Neil Young meets Red Sparowes meets Neurosis? You be the judge. 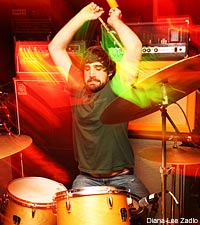 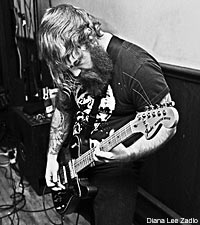 However you'd like to label 'em, Across Tundras went down a storm, culling much of their short set from recent album 'Lonesome Wails From the Weeping Willow' and eliciting cries of "One more! One more!" from the crowd as Tanner and his compatriots ducked offstage. The last band of the night, local instrumental, post-metal giants Monolith, drew the biggest crowd with their hypnotizing take on a tired genre.

This band should be much bigger than they are. By the time they finished, the bar was filled with frowning faces decked out in urban glamor; the club owner had double-booked the night and was hosting a hip-hop dance party once the doom show burned out. While those certain West Philly music fans seemed absolutely horrified by the plethora of scruffy longhairs cluttering up their dance floor, we acolytes of the temple of doom couldn't have been happier.